James C. Liao (Chinese: 廖俊智) is the Parsons Foundation Professor and Chair of the Department of Chemical and Biomolecular Engineering at the University of California, Los Angeles and is the co-founder and lead scientific advisor of Easel Biotechnologies, LLC. He is best known for his work in metabolic engineering, synthetic biology, and bioenergy. Liao has been recognized for the biosynthesis and production of higher alcohols such as isobutanol from sugars, cellulose, waste protein, or carbon dioxide. He was named the president of Academia Sinica, Taiwan, in June 2016.

Liao holds both Taiwanese and American citizenship. After receiving his bachelor's degree from National Taiwan University in 1980, Liao earned his doctor of philosophy from University of Wisconsin–Madison in 1987 under the guidance of Edwin N. Lightfoot, co-author of Transport Phenomena. He worked as a research scientist for Eastman Kodak from 1987 to 1989. In 1990, he joined the Department of Chemical Engineering at Texas A&M University as an assistant professor and three years later he became an associate professor. In 1997, Liao became a professor for the Department of Chemical and Biomolecular Engineering at University of California, Los Angeles.

Liao and his team are researching protein based biofuels which use proteins, rather than fats or carbohydrates, as a significant raw material for biorefining and biofuel production. The benefit of using protein is that the protein metabolism is much faster than fatty acid metabolism such as algae biofuels, which leads to higher production.

Liao's lab recently participated in the US Department of Energy's Electrofuels program. They proposed converting solar energy into liquid fuels such as isobutanol. A new bioreactor could store electricity as liquid fuel with the help of a genetically engineered microbes and carbon dioxide. The isobutanol produced would have an energy density close to gasoline.

Liao is originally from Taiwan. He is married to Kelly Liao and has two daughters, Carol and Clara Liao.

The contents of this page are sourced from Wikipedia article on 12 Jul 2020. The contents are available under the CC BY-SA 4.0 license.
View James C. Liao 's image gallery
Image Gallery 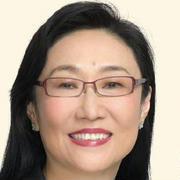