James Bradberry (born August 4, 1993) is an American football cornerback for the Carolina Panthers of the National Football League (NFL). He played college football at Samford, and was drafted in the second round of the 2016 NFL Draft.

The Carolina Panthers selected Bradberry in the second round (62nd overall) of the 2016 NFL Draft out of Samford University. He was the 11th cornerback selected in 2016 and the first of three cornerbacks drafted by the Panthers.

He made his professional regular season debut and first career start in the Carolina Panthers' season-opener at the Denver Broncos and made six combined tackles and a pass deflection in a 21–20 loss. He made his first career tackle on running back C. J. Anderson during the first drive of the game. On September 18, 2016, Bradberry made two combined tackles, two pass deflections, and made his first career interception off a pass by quarterback Blaine Gabbert in the Panthers' 46–27 victory against the San Francisco 49ers in Week 2. On October 2, 2016, he made two solo tackles before exiting the Panthers' 48–33 loss at the Atlanta Falcons in the second quarter with an injury. Bené Benwikere and fellow rookie Daryl Worley, who replaced Bradberry, gave up over 300 receiving yards to Julio Jones. On October 7, 2016, the Carolina Panthers released their No. 1 cornerback, Bené Benwikere in response to the secondary's embarrassing performance at the Falcons. His release made Bradberry became the team's No. 1 cornerback on their depth chart with fellow rookie Daryl Worley as the No. 2 starting cornerback and Zack Sanchez as their backup at No. 3. Bradberry was inactive for the next three games (Weeks 5–8) due to a severe case of turf toe he sustained during the loss to the Falcons. In Week 13, Bradberry collected a season-high eight combined tackles and broke up a pass during a 40–7 loss to the Seattle Seahawks. On January 1, 2017, Bradberry made six solo tackles, two pass deflections, and intercepted Jameis Winston during a 17–16 loss at the Tampa Bay Buccaneers. He finished his rookie season with 59 combined tackles (47 solo), ten pass deflections, and two interceptions in 13 games and 13 starts. Pro Football Focus gave Bradberry an overall grade of 82.6, ranking him 20th among all cornerbacks in 2016. He also graded out as the top ranked rookie cornerback and the Panthers' top defensive back.

On June 5, 2017, Bradberry suffered a fractured wrist during OTAs and was ruled out for a least a month. Head coach Ron Rivera named Bradberry and Worley the starting outside cornerbacks with newly acquired free agent Captain Munnerlyn as the starting nickelback.

The Carolina Panthers finished second in the NFC South with an 11–5 record and received a Wildcard berth. On January 7, 2018, Bradberry started in his first career playoff game and recorded seven combined tackles as the Panthers lost 31–26 at the New Orleans Saints in the NFC Wildcard Game.

Bradberry entered 2018 as a starting cornerback alongside rookie Donte Jackson. He started all 16 games, recording 70 combined tackles, a sack, an interception, and a team-leading 15 pass deflections.

In week 1 against the Los Angeles Rams, Bradberry made his first sack and interception of Jared Goff in a 27-30 loss. In week 6 against the Tampa Bay Buccaneers, Bradberry recorded a team high 10 tackles and made 2 interceptions off Jameis Winston in the 37-26 win.

The contents of this page are sourced from Wikipedia article on 17 Mar 2020. The contents are available under the CC BY-SA 4.0 license.
View James Bradberry 's image gallery
Image Gallery 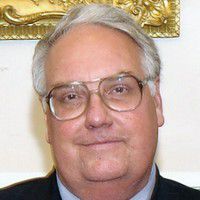