Born the son of a builder, Barnet was educated at the local high school. In 1843, at the age of sixteen, Barnet moved to London, where he became a builder's apprentice, studying drawing under William Dyce RA and architecture with CJ Richardson FRIBA. He then became of clerk of works with the Worshipful Company of Fishmongers. In 1854 he married and sailed for Sydney, Australia, with his new wife, Rosa. In Sydney, he worked first as a builder for Edmund Blacket, then became Clerk of Works at the University of Sydney.

In 1860, he joined the Colonial Architect's Office. In 1862, he was acting head of the office; in 1865, he was promoted to the post of Colonial Architect. He held that position for twenty-five years until the Office was reorganised in 1890.

In that period the department built 169 post and telegraph offices, 130 courthouses, 155 police stations, 110 lock-ups, 20 lighthouses and many other types of buildings. His major works include the General Post Office building in Sydney, Callan Park Lunatic Asylum, the Australian Museum, the Colonial Secretary's building, Lands Department building, and the Anderson Stuart Building at Sydney University.

Some major works completed by Barnet include:

Major public buildings in Sydney by Barnet include:

The Colonial Architect's office was also responsible for maintenance of public buildings. Between 1865 and 1881, Barnet had supervised 1,490 projects. Other roles were assigned to Barnet: for example, he was put in charge of the arrangements for the visit of the Duke of Edinburgh in 1868.

In 1879, Barnet was put in charge of the design and erection of the Sydney International Exhibition building. The Colonial Architect's Office completed this large task in nine months, including preparing 412 drawings, management of the accounts and payments associated with the project, and supervision of the building. Night shifts were used to get through the project using the first electric light in Sydney. Although the project was judged a success at the end, Barnet was constantly criticised in Parliament during the construction. The project overran its budget of £50,000 by more than three times, costing £184,570.

Barnet had previously been criticised in 1874 over the new wing of the Australian Museum by the Museum's trustees and a select committee of the Legislative Assembly. By contrast, also in 1874, the first stage of his General Post Office in Martin Place received high praise, putting aside the much criticised carved figures in the arcade.

Between 1870 and 1889 Barnet was on the commission set up to plan the colony's defence. Barnet built new batteries and barracks. In July 1889, defence works became the responsibility of a military works branch of the Public Works Department. The new director was Lieutenant–Colonel F.R. de Wolski. De Wolski criticised Barnet's work. Barnet was not prompt in handing over plans and documents for defence works. There had been rumours about the project at Bare Island battery in Botany Bay. On 1 July 1890, a Royal Commission was set up to investigate the letting of contracts and report on the work completed. The evidence presented by staff of the Colonial Architect's office and Barnet was contradictory. The Commission found that the work was below standard and the Colonial Architect's supervision of the project was not adequate. While the minister supported Barnet, the Commission's censure was a regrettable end to his distinguished career. Barnet resigned as Colonial Architect. He believed that de Wolski had significantly influenced the Commission and held that the Commission’s findings were unjust, petty and spiteful.

Barnet's work drew from a variety classical sources, sometimes with elements from specific buildings, with levels of elaboration or features that suited the function. For instance his courthouses often included a bold Neoclassical portico, while his post offices often featured a rustic Italianate clocktower, and both types of buildings often featured generous verandahs or arcaded loggias, shaded areas that suited the hot colonial climate. His larger works like the Sydney departmental buildings, the GPO, and the Garden Palace synthesised elements from various periods of the Italian Renaissance, as well as from English architects such as Christopher Wren and Charles Robert Cockerell, to create impressive compositions. When suitable he could also design in a lively Gothic Revival style, notably the two cemetery railway stations. Some later designs drew directly from the later Renaissance, from what we now call Mannerism and Baroque, notably Bathurst Goal, the Central Police Court and the Rocks Police Station.

After his retirement in 1899 he published a short overview of architecture in his adopted colony, entitled Architectural work in Sydney, New South Wales, 1788-1899.

He had little time for the new styles of architecture becoming fashionable in Sydney at the end of the nineteenth century, particularly those that followed American trends. Barnet was also critical of domestic architectural fashions, cluttered with what he saw as useless ornamentation, and "surmounted with blazing red tiles from France."

Barnet died in 1904 and is buried in the Presbyterian section of Rookwood Cemetery. His wife had died in 1890. He was survived by four daughters and three sons, two of whom also practiced as architects.

The contents of this page are sourced from Wikipedia article on 23 Jun 2020. The contents are available under the CC BY-SA 4.0 license.
View James Barnet 's image gallery
Image Gallery 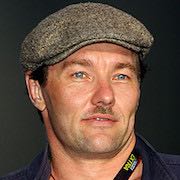 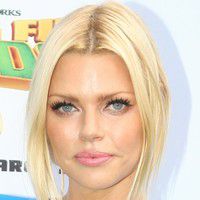