James A. Beckford
The basics

Apart from general writings on the sociology of religion, Beckford has been a prolific author of books and articles on new religious movements and society's responses to them. He has also researched and written about religious issues affecting prison inmates.

Beckford was the editor of Current Sociology from 1980 to 1987, the Vice-President for Publications of the International Sociological Association from 1994 to 1998, and has been a member of the editorial board of the British Journal of Sociology since 1998. He has chaired the management committee of INFORM (Information Network Focus on Religious Movements), a British charity set up by sociologist Eileen Barker with the support of Britain's mainstream churches to provide the public with information on new religious movements, and is co-vice-chairman of the charity's board of governors.

Beckford's doctoral thesis was the first major sociological study of the Jehovah's Witnesses, The Trumpet of Prophecy (1975), which has remained an important reference work on the group. His research focus then shifted to cults and new religious movements and the responses they provoke from wider society. On the basis of his empirical studies of the anti-cult movement in Britain, France and Germany, Beckford contended that the responses to new religious movements reveal as much about a society as studies of the relevant movements themselves. He explored this topic further in Cult Controversies: Societal Responses to New Religious Movements, highlighting the differing ways movement members (and ex-members) relate to each other and to the surrounding society, and proposing that these differences could serve as the basis of a new model for classifying new religious movements.

Beckford has called for sociologists of religion to end their isolation from other sociological disciplines, arguing in Religion and Advanced Industrial Society (1989) that this might return religious studies to their former position of prominence, and has explored various adjacent sociological fields himself in his writings.

In reference to Islam, Beckford has more recently argued that neglecting the needs of Muslim prison inmates, such as the failure of most French prisons to provide halal meat or religious services for Muslims, leads to more widespread resentment and increased radicalisation among the Muslim community: "This feeds back into the community of Muslims outside the prisons, who hear what goes on and are disturbed by it. It feeds their sense of alienation." He has also commented on the increasing importance that the internet has assumed for Muslim communities, saying it had become "a wonderful device (for linking) Muslims around the world, especially Muslims in diaspora. Something like (Facebook) can kind of light up or activate communities that are already in place."

In addition to his books, Beckford has authored around 150 articles and book chapters to date. A festschrift celebrating his contributions to the field, The Centrality of Religion in Social Life. Essays in Honour of James A. Beckford, edited by Eileen Barker, was published in 2008. 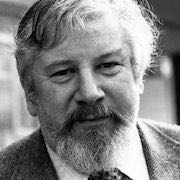 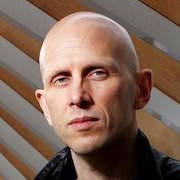 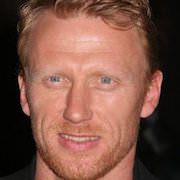