Jamel Herring was born in Rockville Centre, New York to Michael Mitchell and Jeanine Herring. His mother remarried to Harry Elliby. He was raised in Coram, New York. While a sophomore at Longwood High School, Jamel began boxing in 2001 when his soon to become trainer Austin Hendrickson invited him to the boxing gym for workouts. Herring enlisted in the United States Marine Corps in October 2003 at Parris Island, South Carolina. He has served two tours of duty in Iraq and was based in Camp Lejeune, North Carolina, where he earned the rank of Sergeant. Jamel has four children: Stephen, Ariyanah, Jamel, and Jazmyne. His daughter Ariyanah died July 27, 2009, from SIDS. The opening ceremony of the 2012 Olympic Games was the 3rd anniversary of her death.

Herring began training in 2001. He faced his first amateur loss to Daniel Jacobs on July 20, 2002 during the New York Junior Olympics Finals.

Herring had to balance training as a boxer with his duties as an active United States Marine. He was deployed to Fallujah, Iraq in 2005. After he returned he immediately tried out for the All Marine Corps boxing team in January 2006. While on the team, Herring competed all over the national scene and even fought against current world champion Jesse Vargas at the 2006 National PAL tournament. He was deployed again in 2007 to Al Taqaddum. Shortly after his return, he went back to the All Marine Corps in Camp Lejeune, North Carolina. From early 2008, he would be trained under Ron Simms, Reuben Woodruff, and Narcisco Aleman. Simms would eventually be replaced by former All Army coach and 1996 USA Olympic Assistant coach Jesse Ravelo. Herring won a silver medal at the 2010 World Military Games and took a gold medal at the 2011 and 2012 Armed Forces Championships while a Sergeant in the United States Marine Corps.

Trained under Ravelo, Woodruff, and Aleman, Jamel would win gold in the 2012 Olympic Trials defeating multiple nationals champions. In the first round of the tournament he defeated Tommy Duquette, the 2nd round Mike Reed, 3rd round semi finals Pedro Sosa, and in the finals he defeated Predro Sosa again. He would eventually move on to the 2011 AIBA World Championships but lose to China in the first round forcing him to fight for his spot again at the 2012 USA Boxing Nationals. After winning the Nationals, he went on to compete in the Americas Qualifiers where he would win a bronze medal and earn a slot at the 2012 games. Herring qualified for the 2012 Olympics. Jamel, along with the entire US boxing team, only had two weeks prior to the games to train together as a complete team. He was the only United States Marine to compete at the London Olympics and the first active duty marine to qualify for the US boxing team since 1992 .

After returning from the London games, Herring made the tough decision to finish out his service with the United States Marine Corps and become a professional boxer. He relocated from Camp Lejeune, North Carolina, to Cincinnati, Ohio to work with Mike Stafford. Within the same month, he was signed to Al Haymon. Herring officially became professional on December 8, 2012.

As of July 2016, his professional boxing record was 15 wins (including 8 by knockout) and 1 loss, most recently suffering a TKO loss to Denis Shafikov on July 2, 2016. 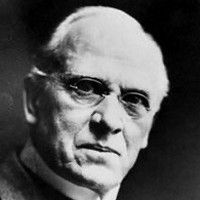