Jamal Murray (born February 23, 1997) is a Canadian professional basketball player for the Denver Nuggets of the National Basketball Association (NBA). He played one season of college basketball for the Kentucky Wildcats before being drafted by the Nuggets with the seventh overall pick in the 2016 NBA draft.

Murray was born and raised in Kitchener, Ontario, the son of Sylvia and Roger Murray, who was born in Jamaica and moved to Canada at age nine. He also has a younger brother, Lamar. His father grew up running track and field and playing basketball; as a youth, his father played against Kitchener native Lennox Lewis before Lewis began his professional boxing career.

When Murray was three years old, he could play basketball "for hours" and played in a league for ten-year-olds when he was six. By the age of 12 or 13, he began playing pick-up games against top high school and college players. His father put him through many basketball drills and kung fu exercises, including meditation.

At the 2015 Nike Hoop Summit, Murray scored a game-high 30 points and was named the MVP.

Murray was named MVP of the 2015 BioSteel All-Canadian Basketball Game, which includes the top high school players in Canada.

On June 24, 2015, Murray committed to Kentucky to play for coach John Calipari. As a freshman in 2015–16, he was featured on the Midseason Top 25 list for the John R. Wooden Award, and was named to the 35-man midseason watchlist for the Naismith Trophy. He appeared in 36 games and averaged 20.0 points, 5.2 rebounds and 2.2 assists while shooting 40.8% from three-point range. Following his freshman season, Murray was named a third-team All-American by the Associated Press. Murray also made the All-SEC First Team and the SEC All-Freshman Team. Murray's 20.0 points per game are the most by any freshman in Kentucky's program history and the most for any player in John Calipari's tenure as head coach.

In April 2016, Murray declared for the NBA draft, forgoing his final three years of college eligibility.

On the first day of the free agent season, Murray signed a contract extension of a 5-year, $170 million maximum deal with the Nuggets.

On November 17, 2019, Murray recorded a season-high 39 points and 8 assists, including seven three-pointers, in a 131-114 win over the Memphis Grizzlies. On December 23, Murray scored 28 points and would knock down a game-winning step-back jumper against the Phoenix Suns with 2.5 seconds remaining in overtime to secure a 113-111 road victory. On January 4, 2020, he tied his season-high 39 points in a 128-114 loss to the Washington Wizards. After missing ten games due to an ankle sprain suffered against Charlotte on January 15 , Murray returned to have one of the best stretches of his career, averaging 31.3 points per game over a four-game stretch, including 36 points on 14-of-17 shooting and six three-pointers against the Suns on February 8. On March 4, Murray hit yet another game-winner, making an off-balance jumper with 4.5 seconds remaining in regulation to seal a 114-112 victory over the Hornets while capping off an 18-point, 6-assist performance.

Murray represented Canada at the 2013 FIBA Americas Under-16 Championship in Uruguay, and averaged 17 points, 6 rebounds and 2.4 steals per game in leading the team to a bronze medal. He played for the Canadian national team at the 2015 Pan American Games, helping the team win a silver medal. His final averages for the tournament were 16.0 points, 3.2 rebounds and 2.4 assists per game, while shooting 45.9% from the field.

The contents of this page are sourced from Wikipedia article on 22 Mar 2020. The contents are available under the CC BY-SA 4.0 license.
View Jamal Murray 's image gallery
Image Gallery 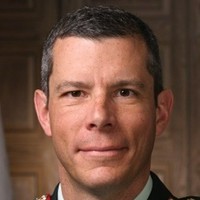 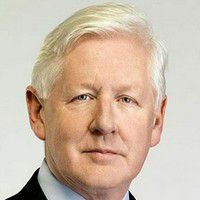