Jalin Turner (born 18 May 1995) is an American mixed martial artist currently competing in the lightweight division of the UFC. A professional since 2016, he has also competed for Bellator MMA, the World Series of Fighting, King of the Cage, and Tachi Palace Fights.

Turner started his combat sport career on the sophomore year of high school when he signed up for wrestling class. After a broken finger which prevented him from competing in wrestling, Turner discovered mma by watching UFC fights in television. With little money in his teenage life and could not afford to buy combat training equipment, he would run and shadow boxing and used used his family couch as the punching bag, until he join Team Adrenaline that kicked start his mma career.

After compiling an amateur record of 5-2, Turner started his professional MMA career since 2016 and fought primarily in his home state of California. He amassed a record of 7-3, with two-fight winning streak including a technical knock out win against Noah Tillis in Bellator 192, before signed by UFC.

Turner made his UFC debut against Vicente Luque on October 6, 2018 at UFC 229. He lost the fight via knockout in the first round.

In his second UFC fight Turner was scheduled to face Alex Gorgees at UFC 234. However, on January 23, 2019, it was reported that Gorgees pull out of the fight, and he was replaced by Callan Potter. He won the fight via knockout in the first round .

Turner is scheduled to face Jamie Mullarkey on February 23, 2020 at UFC Fight Night 168.

Growing up Turner was arachnophobic. To help combat his fear of spiders he started collecting tarantulas as pets. By the time he made his UFC debut he had 200 pet tarantulas, which earned him his ring nickname "The Tarantula".

Turner has a son. 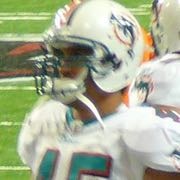