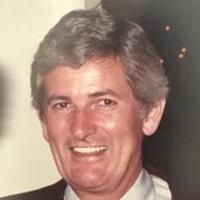 Jacob Franklin Butcher (May 8, 1936 – July 19, 2017) was an American banker and politician. He built a financial empire in East Tennessee, was the Democratic Party nominee for governor of Tennessee in 1978. He was also the primary promoter of the 1982 World's Fair in Knoxville, Tennessee, and lost his business and his personal fortune after he was found to have engaged in bank fraud.

Butcher was born in the rural town of Maynardville Union County, Tennessee. His father, Cecil H. Butcher Sr., was a general store manager and bank president in Union County. After attending the University of Tennessee and Hiwassee College, Jake Butcher served in the United States Marine Corps.

Having worked at their father's bank during their youth, Butcher and his younger brother C. H. Butcher Jr. began buying stock in numerous Tennessee banks starting in 1968. By 1974, the Butcher brothers owned or controlled eight banks, and Jake Butcher's United American Bank controlled 39% of the banking reserves in Knoxville, Tennessee. By 1982, UAB was responsible for over 50% of Knoxville's business loans and Butcher's personal net worth was declared to be about $34 million. In the late 1970s, United American Bank built its 27-story headquarters, the Plaza Tower, which remains Knoxville's tallest building. In the early 1980s, C. H. Butcher's City and County Bank began building the Riverview Tower, which remains the city's second-tallest building.

By the early 1970s, Jake Butcher became a topic of discussion in Tennessee political circles. In 1974, he sought the Democratic Party nomination for Governor of Tennessee, but he lost to Ray Blanton in the primary. After a bitter contest, Butcher earned the nomination in 1978, beating out former Nashville mayor Richard Fulton and newcomer Bob Clement. Butcher lost the general election later that year to Republican Lamar Alexander.

During that same year, the 1982 World's Fair opened in Knoxville, which Butcher and a group of fellow Knoxville business leaders had helped to attract. The fair was widely considered a success and brought in more than 11 million people over its six-month run. The World's Fair site is still in use today as a municipal park in downtown Knoxville. Adjacent to the main campus of the University of Tennessee, some of the World's Fair attractions are still standing and have been rehabilitated.

Also in 1982, there were rumors about Butcher's banking practices. Knoxville federal and state bank investigators had long suspected that Butcher was engaged in unlawful banking practices. On November 1, 1982, 180 federal bank regulators from the Federal Deposit Insurance Corporation simultaneously raided all of the Butcher brothers' 29 bank branches and offices, thereby preventing transfers of funds to cover their tracks. Bank records ultimately led investigators on a paper trail of illegal loans, forged documents and various other forms of fraud. The United American Bank collapsed on 14 February 1983. It was the fourth-largest bank failure in US history up to that time. Seven other Butcher-controlled banks and the Southern Industrial Banking Corporation, a state licensed loan and thrift company run by C.H. Butcher, also became insolvent during the rest of 1983, and an additional three banks in 1984. The FDIC estimated that its losses in connection with the failed Butcher brother banks would total approximately $382.6 million. Later that year, it was learned that Butcher was also insolvent; his assets were listed at $11.9 million and his liabilities at $32.5 million.

Butcher pleaded guilty to federal charges of bank fraud in 1985 and was given a 20-year prison term. He was paroled in 1992, and resided in the Atlanta suburb of Canton, Georgia. He reportedly worked for a Toyota distributor and as a real estate developer. His assets were auctioned off to satisfy his creditors.

His brother C. H. Butcher Jr., who also was sent to state prison for state securities fraud, was paroled in 1993 and died in 2002.

Butcher married the actress Sonya Wilde in 1962. They had four children. 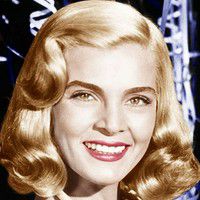 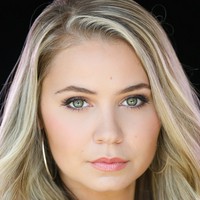