Jaden Christopher Syre Smith (born July 8, 1998), known mononymously as Jaden, is an American rapper, singer, songwriter, and actor. He is the son of Jada Pinkett Smith and Will Smith. Jaden Smith's first movie role was with his father in the 2006 film The Pursuit of Happyness. He also acted in the 2008 remake of The Day the Earth Stood Still, the 2010 remake of The Karate Kid and in the 2013 film After Earth with his father.

Following the critical panning of After Earth, Smith distanced himself from acting and the film industry, deciding to focus on music instead. He released CTV2, his second mixtape, in November 2014. Following a three-year work effort, he released his debut studio album, Syre, on November 17, 2017. His second studio album, Erys, was released on July 5, 2019.

Jaden Smith was born July 8, 1998, in Malibu, California, the son of actors Jada Pinkett Smith and Will Smith. He has an older half-brother, Trey Smith (born 1992), and a younger sister, Willow Smith (born 2000). Smith attended New Village Leadership Academy before being homeschooled by his parents. Growing up, Smith's celebrity status due to acting in films such as The Pursuit of Happyness and his parents both being acclaimed actors led to him being isolated from having a normal childhood, something he has spoken on at length. Smith wasn't able to make friends with normal children and as such blended into the skateboarding scene, where he was not as easily recognized.

Smith and his siblings were youth ambassadors for Project Zambi, which provides assistance in conjunction with Hasbro for Zambian children orphaned by AIDS.

Smith made his major role debut in the 2006 film The Pursuit of Happyness as Christopher, the son of Chris Gardner, Will Smith's character. For his role, Smith won the award for Breakthrough Performance at the 2007 MTV Movie Awards. Smith next appeared as Jacob in the 2008 Scott Derrickson science fiction film, The Day the Earth Stood Still, a remake of the 1951 classic of the same name.

In 2010, along with Jackie Chan, Smith starred in The Karate Kid, a remake of the 1984 film. In May 2013, Will Smith and Jaden starred together, playing father and son, in After Earth. In 2014, it was announced that Smith will return for the sequel Karate Kid 2 with Jackie Chan. The movie will be directed by Breck Eisner, produced by James Lassiter and Will Smith and written by Zak Penn.

In April 2014, Smith was cast in the film The Good Lord Bird, which is based on the 2013 novel of the same name by James McBride. Smith plays Henry Shackleford, a young slave living in Kansas Territory in 1857 who encounters abolitionist John Brown.

Smith took a break from acting following the release of his mixtape, Cool Tape Vol. 2 to focus on music, returning to act in Netflix original, The Get Down in 2017. Smith also had a voice acting role in Neo Yokio and a role in Nashville as himself. Talking on his break from acting, Smith said:

The kinds of roles I was being offered weren't exactly what I was looking for, nothing felt really necessary that I needed to be in until [Skate Kitchen] came along.

Smith has returned to acting in films with the announcement of a film based on skateboarding. On 21 June 2018, Crystal Moselle's Skate Kitchen released its first official trailer showcasing Smith as the main character. The film was officially released on August 10, 2018 after being showcased at Sundance in Winter 2017. He will next star in Life in a Year alongside Cara Delevingne.

In 2010, Smith rapped alongside Canadian singer Justin Bieber in the song "Never Say Never." The song peaked at 8 on the Billboard Hot 100 and was certified 5× Platinum in the US.

On October 1, 2012, Jaden released his debut mixtape, The Cool Cafe. Smith released the sequel to The Cool Cafe on November 8, 2014, titled CTV2.

Smith started work on his debut studio album in 2014, a process that took three years. Smith announced in December 2016 that his debut studio album would be titled Syre. The lead single from Syre, "Fallen" was released on December 5, 2016, three more singles were released, "Batman" and "Watch Me" on July 14, 2017 and "Falcon" on November 16. Syre was released on November 17, 2017 and debuted at number 24 on the US Billboard 200. "Icon" was released as a single on the same day and reached no. 3 on the Bubbling Under Hot 100 Singles chart.

Smith later announced that his next project following Syre would be titled Erys on December 14, 2017. Another project named Syre: The Electric Album was later teased via Twitter. Leading up to the release of the project, Smith released the single "Ghost" featuring Christian Rich. On July 8, 2018, Smith released the project exclusively on Instagram on his 20th birthday. The project was later released four days later to streaming platforms. Syre: The Electric Album is a guitar-centric rework of Smith's studio album Syre and is influenced by Jimi Hendrix and The Beatles' Sgt Pepper's Lonely Hearts Club Band. Less than a year later, on July 5, 2019, Smith released his second studio album, Erys, and debuted at number 12 on the US Billboard 200.

On July 30, 2018, Smith was announced as an opener during J. Cole's KOD Tour alongside Young Thug and EarthGang and on August 2, performed for the first time at Lollapalooza. One of Smith's influences, Kid Cudi, stated that he would like to make an album with Smith which Smith supported, saying that he would like to in the future during an interview on August 21, 2018.

Smith's influences include Kid Cudi, Kanye West, Kurt Cobain and Tycho. Speaking on his inspirations, Smith said "Kurt Cobain inspired me. Kid Cudi inspired me, Kanye. All of my homies inspired me. But the biggest inspiration in my life would be Kid Cudi and Tycho." Smith also considers his father, Will Smith, as an inspiration saying "He started in music and transitioned to movies. I started with movies, and then I transitioned into making music – I look at him and use it as a blueprint of how good of a person he is, but not necessarily the success that he reached."

GQ labeled Smith as "in a league of his own" in terms of fashion and a "superstar who has taken fashion to an entirely different level". Smith has called Tyler the Creator, Batman and Poseidon his icons when it comes to fashion. Smith said that Tyler the Creator introduced him to the brand Supreme. Batman's dark, gothic scenery has influenced the clothing he has created through his brand MSFTSrep and his personal clothing style, even wearing Batman protective armor to Kanye West's and Kim Kardashian's wedding and his prom and Poseidon's willingness to wear womenswear and his freedom with clothing is inspirational.

Smith started his own clothing/lifestyle brand called MSFTSrep. The range includes hoodies, T-shirt, trousers and vests. In May 2013 Smith collaborated with a Korean designer, Choi Bum Suk, to create a pop-up store in which customers can buy clothes with their collaborated logos.

Smith raised controversy in 2016 after modelling in a womenswear campaign for Louis Vuitton wearing a skirt. Explaining his choice to wear a skirt, Smith said he was attempting to combat bullying, saying "In five years, when a kid goes to school wearing a skirt, he won't get beat up and kids won't get mad at him." Smith continued to wear womenswear throughout the rest of 2016. Smith was the first male model to model women's wear for Louis Vuitton. Smith created a denim-line with fashion brand G-Star in 2018.

Smith is a partner in spring water company Just Water starting when he was just twelve years old. Just Water is attempting to create a water filtration system that's cheap and can be used in poorer areas and nations and wants to later help with water infrastructure and creating more environmentally friendly construction methods by producing its own drywall. On August 27, 2018, Just Water launched officially in the UK.

Smith's father, Will, revealed that his son sought an emancipation ruling, with the consent of his parents, as a present for his 15th birthday. Will revealed to the media that Smith's primary motivation is the establishment of his own residence and also explained that his children are not subject to strict parenting conduct: "We generally don't believe in punishment. From the time Jaden was five or six we would sit him down, and all he has to do is be able to explain why what he did was the right thing for his life." However, Smith and his father appeared together on The Ellen DeGeneres Show on May 15, 2013, and Smith said:

In June 2017, Smith moved out of his parents' house into a $4 million home in Hidden Hills.

Smith is an avid "conspiracy theorist" and his statements often generate controversy. This includes theories about the Illuminati, tweets about Chemtrails and believing extraterrestrial life exists.

In 2013, Smith raised controversy when he criticized traditional education and advised people to drop out of school. Talking about teenagers who go to public school, Smith said "kids who go to normal school are so teenagery, so angsty."

Smith is a vegan. He started a mobile restaurant providing free vegan dinners for the homeless. His vegan lifestyle caused his parents to stage an intervention, following a rapid decline in health which led to his skin turning grey.

The contents of this page are sourced from Wikipedia article on 07 Jul 2020. The contents are available under the CC BY-SA 4.0 license.
View Jaden Smith 's image gallery
Image Gallery 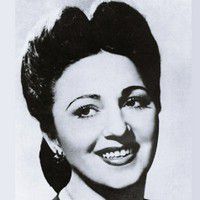 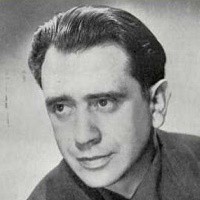 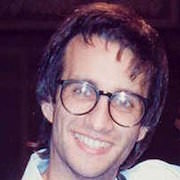