Becker first worked in the 1930s as an assistant to director Jean Renoir during what is considered the latter's peak period, including such works as Partie de campagne (1936) and La Grande Illusion (1937). In the early part of World War II, Becker was held in a German prisoner-of-war camp for a year. During the Nazi occupation of France, he became a film director in his own right and he also joined the Comité de libération du cinéma français. He would go on to direct the period romance Casque d'or (1952), the influential gangster film Touchez pas au grisbi (1954), and the prison escape drama Le Trou (1959). While he remains lesser-known internationally than peers such as Marcel Carné and Renoir, Becker is now nonetheless regarded as a major French filmmaker.. It was not always so. The critics who, at the time of Becker’s death, were recognized as the filmmakers of the French New Wave were among the very few writers of their time to recognize and exalt Becker’s artistry. (For that matter, he had hinted, in “Rendezvous in July,” at their future existence.) Their affinities were predicted even before. As early as 1944, Becker celebrated the artist of filmmaking as “the auteur (i.e., author) of films,” and, in a 1947 article titled “The Author of Films: A Complete Author?,” he went into detail on the subject of the director as “auteur,” saying that “The author of a talking film tells a story with images, words, and sounds,” and emphasizing the importance of directors working on their own screenplays and making their films “personal,” whether the subject was one of their own invention or one provided by another writer. Becker proved his ideas with his films, even before the future New Wave, following in his footsteps, did the same. His films don’t merely reflect and criticize the moods and mores of the times; they embody and foretell the artistic history of the era, the future history of the cinema.

One reason Becker has been so regularly overlooked — even with such acknowledged classics like Le Trou, Touchez Pas au Grisbi, and Casque d’Or on his relatively slender résumé — is because he is so hard to pin down tonally or narratively. He made period pieces, romantic dramas, comedies, gangster flicks. His work displays a certain patience toward his material and a generosity towards his characters, but often to varied ends; there’s no overt, consistent Jacques Becker “feeling” or “sensibility.” At least, not in the traditional sense.

An admiring François Truffaut once wrote, “Becker is an intimate and realistic filmmaker who is in love with verisimilitude and everyday realities.

Jean-Paul Gaultier told the New Yorker that Becker's 1945 film Falbalas made him want to go into fashion. The film is about a Parisian dressmaker who seduces his best friend's fiancée. It provided a detailed look at the fashion industry of the time, and shaped Gaultier's ideas of what that world would be like.

Becker was called by critic-director Bertrand Tavernier “the finest French filmmaker of the ’40s and ’50s, the most even in quality, the smartest in his choices."

Born in Paris, Becker was of an upper-class background. His father Louis Becker, of Lorraine ascendance was corporate director for Fulmen, a battery manufacturer; his Irish mother, Margaret Burns, held a fashion house in rue Cambon near Chanel in Paris.

Becker married actress Françoise Fabian in 1957, and his son Jean Becker also became a film director. Both his wife and his son were born on the same day (10 May).

As a member of the Resistance, Becker defended H.G. Clouzot and Robert Le Vigan against the hysteria of the post-war purges.

Becker met Renoir through Paul Cézanne (son of the Cézanne), and the two formed a relationship steeped in a love for cinema (both were quite fond of von Stroheim’s Greed [1925]).

Becker died at the age of 53 in 1960 and was interred in the Cimetière du Montparnasse in Paris. 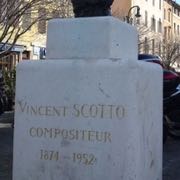