Jacqueline Y. Collins is a Democratic member of the Illinois Senate, representing the 16th district since 2003.

Born in McComb, Mississippi, Collins earned her undergraduate degree in journalism from Northwestern University. She then worked for the Citizen Community Newspaper and CBS-TV news.

Before Collins went back to school to get her master's degrees, she had a long history of public service. She worked on the massive voter registration drive that helped elect Harold Washington. In 1984, Collins served as a press liaison for the Reverend Jesse Jackson during the Democratic National Convention and as a press secretary to Congressman Gus Savage.

From 1987 to 1999, Collins volunteered as Minister of Communications for St. Sabina Catholic Church. During this time, the church launched a large scale public awareness campaign against alcohol and tobacco companies, and advertising agencies that targeted inner city neighborhoods. As a result of this campaign, the Chicago City Council passed an ordinance banning alcohol and tobacco billboards in the city.

In the summer of 2001, Collins worked as a Legislative Fellow for Senator Hillary Clinton in Washington, D.C.

Collins was elected senator in 2002.

Collins successfully sponsored and passed legislation to support Illinois’ working families, protect children and assist senior citizens. She highlights her work to extend limitations for civil and criminal prosecution of sex crimes against children; legislation allowing more Illinois senior citizens to qualify for the Homestead Exemption based on the number of days they lived at their residence; and a resolution creating a 17-member commission to study and document racial and gender discrimination in hiring or contracting on state public construction projects.

Because of the genocide and terrorism that is taking place in Darfur, Collins authored and sponsored legislation, passed by the state government, that would prohibit Illinois state investment in companies doing business in the Republic of the Sudan. The legislation was the first of its kind in the United States, and has been used as a model for six similar bills.

Collins is Chairperson of the Senate Financial Institutions Committee. She serves on the Appropriations I, Housing and Community Affairs, and the Revenue Committees. She is also a member of the Governor’s Racial Profiling Task Force and the Governor’s Statewide Community Safety Re-entry commission which deals with reducing recidivism amongst individuals recently paroled from Illinois correctional facilities.

Collins served as a delegate to the 2012 Democratic National Convention.

The contents of this page are sourced from Wikipedia article on 29 Jan 2021. The contents are available under the CC BY-SA 4.0 license.
View Jacqueline Y. Collins 's image gallery
Image Gallery 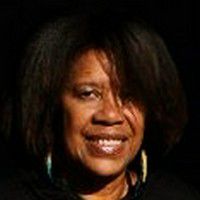