Jacqueline N. Crawley (née Lerner) is an American behavioral neuroscientist and an expert on rodent behavioral analysis. Since July 2012, she is the Robert E. Chason Chair in Translational Research at the University of California, Davis School of Medicine and the UC Davis MIND Institute. Previously, from 1983–2012, she was chief of the Laboratory of Behavioral Neuroscience in the intramural program of the National Institute of Mental Health. Her translational research program focuses on testing hypotheses about the genetic causes of autism spectrum disorders and discovering treatments for the diagnostic symptoms of autism, using mouse models. She has published more than 260 peer-reviewed articles in scientific journals and over 100 review articles and book chapters. According to the Web of Science, her works have been cited over 16,000 times, giving her an h-index of 72. She has co-edited 4 books and is the author of What's Wrong With my Mouse (2nd edition, ISBN 978-0-471-47192-9), which was very well received.

Crawley is at the origin of several widely employed tests used to evaluate, for example, anxiety-related and social behavior in rodents, especially mice. Early in her career, she developed the dark-light mouse exploration test, and showed that it is a valid test for anxiety-like behaviors. More recently, she developed the three-compartment test to evaluate mouse social behavior.

Crawley has been president of the International Behavioral Neuroscience Society (2000-2001) and the International Behavioural and Neural Genetics Society (2008-2011). She has been editor-in-chief of Neuropeptides and serves on several editorial boards, among them Autism Research, Genes, Brain and Behavior, and Trends in Pharmacological Sciences. In 2011, Crawley received the IBANGS Distinguished Investigator Award, which "recognizes the contributions of a senior scientist to the field, considering research, mentorship, and continued impact on the field".

The contents of this page are sourced from Wikipedia article on 27 Jul 2020. The contents are available under the CC BY-SA 4.0 license.
View Jacqueline Crawley 's image gallery
Image Gallery 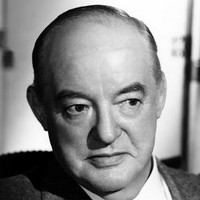