Jackie Young (born September 16, 1997) is an American professional basketball player for the Las Vegas Aces of the Women's National Basketball Association (WNBA). She was drafted first overall by the Las Vegas Aces in the 2019 WNBA draft. A graduate of Princeton Community High School, she played college basketball for the Notre Dame Fighting Irish, reaching two NCAA finals, winning one in 2018.

In her high school career, the PCHS Tigers posted a 97-9 (.915) record. She finished as the leading scorer (girls' or boys' basketball) in Indiana high school history with 3,268 points. Overall, Young averaged 30.8 points, 10.3 rebounds, 5.5 assists and 3.5 steals per game, while shooting .583 from the field, .382 from beyond the arc and .858 from the free-throw line. She led Princeton to 53 consecutive wins and the 2015 Indiana Class 3A state championship - Scored 36 points in state title game, setting the record for most points in a Class 3A final, as well as the most points by one player in any Indiana girls’ basketball state title game since 1980.

Set the Indiana high school girls’ basketball single season scoring record as a junior, recording 1,003 points - Also just the fifth player of either gender in state history to score 1,000 points in a season. Was ranked in the top-10 by nearly all major national recruiting services, including a No. 5 rank by Prospects Nation.

The contents of this page are sourced from Wikipedia article on 23 Feb 2020. The contents are available under the CC BY-SA 4.0 license.
comments so far.
Comments
From our partners
Sponsored
Reference sources
References
http://www.espn.com/espn/wire/_/section/wnba/id/26491139
https://web.archive.org/web/20190324125819/https://und.com/roster.aspx?rp_id=8544
http://und.com/roster.aspx?rp_id=8544
https://www.wnba.com/player/jackie-young
https://www.basketball-reference.com/wnba/players/y/youngja01w.html
https://twitter.com/jackieyoung3
Trending today in 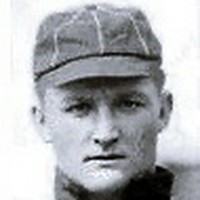