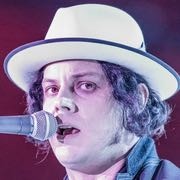 White was born in Cologne, Germany. He started out as a singer in late 1960s, but due to missing success he decided to work as songwriter and producer for German singers in the early 1970s and then developed an international style mainly as a producer. Among the songs he produced or co-produced for the international market were Laura Branigan's "Gloria" (1982), "Solitaire" (1983), "How Am I Supposed To Live Without You" (1983), "Self-Control" (1984) and "The Lucky One" (1984), as well as Jermaine Jackson's and Pia Zadora's "When the Rain Begins to Fall" (1984). In the late 80s, White worked with Engelbert Humperdinck and David Hasselhoff on several successful singles and albums including Looking for Freedom. He also worked with Paul Anka, Barry Manilow ("You're Looking Hot Tonight") and Audrey Landers. He wrote several hit songs with Mark Spiro, including Pia Zadora's "Let's Dance Tonight" (1984) and Hazell Dean's "Who's Leaving Who" (1988). He also worked with Anne Murray, producing tracks on her 1986 album Something to Talk About and all tracks on her 1987 album Harmony.

Before getting into music, White started out as soccer player (Viktoria Köln, professionally for PSV Eindhoven), even playing as an amateur for Tennis Borussia Berlin. From 1992 to 1995, White served as their club president.

White changed his name to make it easier to deal with English-speaking stars and their managers.