Springfield ReManufacturing Corp (SRC) is an American equipment company based in Springfield, Missouri.

SRC founded and invested in more than 60 separate companies that do everything from consulting to packaging to building high-performance engines. Including current joint-ventures SRC's sales are over $1B, with more than 1,600 employees, and has 1.7 million square feet of Manufacturing and Warehousing Space.

The contents of this page are sourced from Wikipedia article on 27 May 2020. The contents are available under the CC BY-SA 4.0 license.
comments so far.
Comments
From our partners
Sponsored
Reference sources
References
https://www.youtube.com/watch?v=YYEQaZF0nJo
http://www.time.com/time/magazine/article/0,9171,1002204-2,00.htm
https://www.youtube.com/watch?v=aGLFuzbqPk
https://www.usatoday.com/money/smallbusiness/columnist/strauss/2004-04-19-stop-pilfering_x.htm
http://srcholdings.com
http://www.ggob.com/
http://www.srcholdings.com/
http://www.srcreman.com 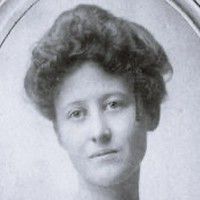