Jack Seigfried Ryder (born 21 September 1981) is an English actor, best known for playing Jamie Mitchell in the BBC One soap opera EastEnders from 1998 to 2002. He has subsequently established himself as a film and theatre director.

On leaving EastEnders in 2003, Ryder, then aged 21, performed as Justin Timberlake on Celebrity Stars in Their Eyes (which he won), appeared in the pantomime Sleeping Beauty at the Marlowe Theatre in Canterbury and was cast in a recurring role on Five's Family Affairs which he pulled out of when he learned that the series was soon to be axed. In 2004, he played a role in the ITV crime drama MIT: Murder Investigation Team and appeared in a play broadcast on BBC Radio 4.

In 2006, Ryder starred in the British film Popcorn which was released in the spring of 2007. Ryder was due to become a regular character in the then-new ITV1 daytime series The Royal Today, a contemporary spin-off of The Royal, but he subsequently withdrew from playing the role.

In 2007, aged 26, Ryder appeared in the play The Safari Party by Tim Firth and in Kenneth Branagh's production of The Play What I Wrote which toured the UK extensively.

In Spring 2008 he was in Christopher Luscombe's production of Alan Bennett's play Single Spies playing opposite Nigel Havers. Then Ryder played Romeo in Michael Bogdanov's production of Romeo and Juliet with Sara Lloyd-Gregory as Juliet.

In October 2008, Ryder joined The Archers as Ryan.

From 2009, he played the photographer Laurence in the West End production of Calendar Girls at the Noël Coward Theatre, where he was also the assistant director. He currently continues as associate director of Calendar Girls, responsible for all theatre productions world-wide.

In December 2010 Ryder wrote and directed his first short film, an adaptation of Mary Grace Dembeck's short story Act of Memory starring Claire Skinner, Owen Teale and Anna Massey which was shot on location in London and went on to be screened at the Cannes film festival in 2011.

2013 saw Ryder became Associate Director of the stage play The Full Monty by Simon Beaufoy, which opened at the Lyceum Theatre Sheffield.

In 2014 he directed his second short film DOG and in July 2015 directed his first red button episode of Casualty for the BBC.

Ryder continues his relationship with The Full Monty as the director of the new touring production starring Gary Lucy which tours the UK through the autumn of 2015 through in to 2017.

Ryder returned to acting and played a new character Gareth in Kay Mellors' BBC drama In the Club which aired in May 2016.

Ryder becomes in 2017 the assistant director to Tim Firth on his and Gary Barlow's new musical "The Girls" opening at the Phoenix Theatre in London's West End on February 21st.

Ryder married former Hear’Say singer turned actress Kym Marsh in St Albans, Hertfordshire, on 10 August 2002 and, after settling in St Albans, the couple had early difficulties and split for a short while before reconciling. In light of Kym wanting a regular role in north-west-produced dramas and her wanting to be closer to her family, the couple moved to Manchester in 2004

It was announced on 20 March 2008 that Kym and Jack had decided to separate and then subsequently divorced.

Ryder now lives in London and France. He is a supporter of Newcastle United F.C.. 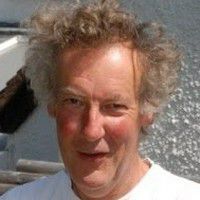