Jack Redden (born 9 December 1990) is an Australian rules football player who plays for the West Coast Eagles in the Australian Football League (AFL).

Originally from Keith, South Australia, he is the brother of Tom Redden who was once listed as a rookie at the Adelaide Football Club. After attending Sacred Heart College, Redden was selected with the Brisbane Lions' second selection (pick 25 overall) in the 2008 National Draft.

Redden made his senior debut in round 15, 2009 against Geelong, where he kicked one goal. He remained in the Brisbane side for the remainder of the season, including two finals series matches.

Redden was one of few Brisbane players to have played in all 22 game season for the Brisbane Lions in 2010.

Redden was the third player (after Todd Banfield and Tom Rockliff) from the Brisbane Lions to have earned a NAB Rising Star nomination in 2010, an award which recognises the standout performers of the AFL who are of 21 years of age or younger and played 10 games before the conclusion of the current season. Redden ended up losing out to Sydney youngster Dan Hannebery. Redden earned his nomination after what was said to be an "outstanding" performance in a narrow loss against St Kilda.

Alongside his 4 goals, Redden also took 114 marks and had an average of 17 disposals per game. In his second season, he led Brisbane in tackles (with 115) and was ranked third in the club for inside-50s (with 73).

In the end of year Club Champion Award, Redden ended up with a 5th-placed finish with a grand total of 26.5 votes.

2011 has been considered Redden's breakout season, playing some of his best football. Redden's kicked 14 goals in his 22 matches this season. Redden has also had a career-high 32 disposals v Carlton in round 12 and Hawthorn in round 16, a season-high 9 marks v Sydney in round 11 and Collingwood in round 22 and a career-high 13 tackles v Fremantle in round 1 and Port Adelaide in round 15. Redden totalled 166 tackles for the season (ranked 5th for the season and having the 3rd highest average), having the most tackles of players not to have played in the finals. This caused Redden to be ranked 9th on the all-time list of most tackles in a season since statistics for tackles have been counted.

Redden is said to play a crucial role in the current re-building process which the Brisbane Lions team is undertaking. In this reference, Redden is listed alongside Tom Rockliff, Todd Banfield and Daniel Rich who are considered important to the re-building process. Teammate Matthew Leuenberger is also another player who is excited by the future of Redden and co.

With club legend Simon Black considered to be on the back-end of his career, Redden was also considered to be one of the players which could take over the role. In an interview after Brisbane's loss to Richmond in round 13, Redden said "it'll be big shoes to fill when Blacky (Simon Black) does leave... but most definitely I would love to take that spot in the team" but yet admits "there's plenty of other boys that have the potential to do that". In the article, Whiting said Redden has a "hunger for the contested footy" and is a "composed young player with strong hands overhead and a great work ethic".

Redden ranked 3rd in the Brisbane best and fairest awards (otherwise known as the Merrett-Murray Medal) in 2011 with 35 votes, finishing only 2.5 votes behind winner Tom Rockliff and half a vote behind runner-up Simon Black. Because of his third-place finish, Redden won the Alistair Lynch trophy. Also, Redden was announced as being the most courageous player for Brisbane in the year, winning him the Shaun Hart Most Courageous Player award.

Redden also polled his first Brownlow Medal vote this year, the award which rewards the AFL's fairest and best player. Redden polled the vote in his 27 disposal, 2 goal and 12 tackle effort v St Kilda in round 5.

Redden was traded to West Coast in October in exchange for pick 17.

Statistics are correct to the end of round 5, 2019 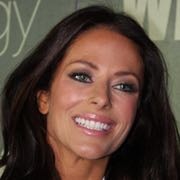