Born Jacquin Leonard Lait in New York City, he became renowned during his 50-year career in journalism as one of the leading newspapermen of the first half of the 20th century. He wrote a syndicated column called All in the Family for two decades, and his comic strip, Gus and Gussie, illustrated by Paul Fung, ran from April 13, 1925 to February 24, 1930.

Lait died of a circulatory ailment in Beverly Hills, California at the age of 71. 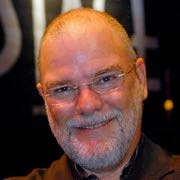