Around the year 1718, Jacinto started to serve the Spanish Crown as a soldier and was appointed Lieutenant Colonel of cavalry while he participated in the campaigns developed against Italia. He was appointed governor and Captain General of Texas in 1751, arriving at Los Adaes in June of that year. During his government, between other actions, he founded the Mission Santa Cruz de San Sabá and the Presidios of San Agustín de Ahumada and San Sabá. In addition, he moved the San Xavier missions and San Francisco Xavier Presidio to the San Marcos River. In 1751, in early his term as governor, three Frenchmen were found to have settled along the Trinity River to trade with the Native Americans. The Spanish authorities arrested and expelled them from the colony.

During the summer of 1756, Barrios was appointed governor of Coahuila, while his partner, Angel Martos y Navarrete, obtained the governorship of Texas. The men exchanged their territories to govern to allow Barrios stay in Texas longer (until 1759) so he could finish the construction the Presidio of San Agustín de Ahumada and establish a civil settlement in the near places to presidio. Barrios made a great fortune in the fur trade with several Native American people such as the Bidais and Orcoquizas, through a strict control of indigenous industry; So, he bought French goods in Natchitoches, Louisiana, and sold leathers to the indigenous population of place. Its practice of smuggling with the French Louisiana became Barrios in a very criticized figure in Texas, being the most criticized governor of the province (in this time, Texas was a province). He ended his term in Texas in 1759.

In this year he left Texas and was appointed Governor of the Province of Coahuila, ruling the province from February 1759 till September 10, 1762. Later, he was reappointed in December 10, 1765, finishing his term February 6, 1768.

The contents of this page are sourced from Wikipedia article on 18 Jun 2020. The contents are available under the CC BY-SA 4.0 license.
comments so far.
Comments
From our partners
Sponsored
Reference sources
References
https://books.google.com/books?id=XkJnAAAAMAAJ
http://www.tshaonline.org/handbook/online/articles/fba86
https://books.google.com/books?id=Wv4TAAAAYAAJ
http://www.worldstatesmen.org/Mexico_spanish_provinces.html
Trending today in 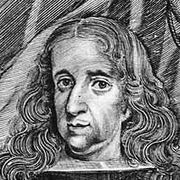 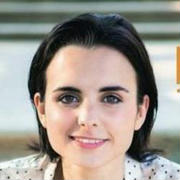