Temetrius Jamel "Ja" Morant (born August 10, 1999) is an American professional basketball player for the Memphis Grizzlies of the National Basketball Association (NBA). He played college basketball for the Murray State Racers, where he was a consensus first-team All-American as a sophomore in 2019. He was selected by the Grizzlies with the second overall pick in the 2019 NBA draft.

Morant was only lightly recruited by NCAA Division I programs and unranked by recruiting services; this was despite having been named All-Region Most Valuable Player three times and earning All-State honors at Crestwood High School in Sumter, South Carolina. Nevertheless, he made an immediate impact at Murray State University, earning first-team all-conference honors in the Ohio Valley Conference (OVC) as a freshman. He had a breakout sophomore season; it saw him win OVC Player of the Year as well as lead the NCAA in assists. Also as a sophomore, Morant became the first player in NCAA history to average 20-plus points and 10-plus assists per game for a single season.

Morant was born in Dalzell, South Carolina, to Tee and Jamie Morant. His mother was a point guard in high school and a softball player in college, while his father was a high school teammate of Ray Allen and played basketball for Claflin University. After playing semi-professionally, Tee considered playing pro ball overseas. However, when Jamie became pregnant with Ja, he abandoned his basketball career and stayed at home, becoming a barber instead.

Morant trained in his backyard with his father, who taught him step-back jump shots and bought tractor tires for him to practice jumping with a soft landing. In his childhood, he often faced older opponents, telling his mother, "I'm not worried about the big kids." Morant played in the Amateur Athletic Union (AAU) circuit with the South Carolina Hornets, a small grassroots team based in Columbia, South Carolina. For a single season, he was teammates with Zion Williamson, who would become one of the top players in his class.

Morant attended Crestwood High School in Sumter, South Carolina. He grew from 5 ft 9 in (1.75 m) to 6 ft 0 in (1.83 m) in his first three years with the basketball team. Morant left as its all-time leading scorer, with 1,679 points and set a career-high with 47 points against Sumter High School. In his final two seasons for Crestwood, he averaged 27 points, 8 rebounds, and 8 assists per game, earning South Carolina Class 3A All-State honors in both years. Morant also left high school as a three-time All-Region Most Valuable Player (MVP). Morant could not dunk until he was a senior.

Morant was not ranked by recruiting services ESPN, 247Sports, or Rivals. His only high major NCAA Division I offer came from South Carolina. He was accidentally discovered by mid-major program Murray State of the OVC in July 2016, when assistant coach James Kane attended a camp hoping to see a player who was joining his team. While looking for a snack, Kane noticed Morant playing a three-on-three game in an auxiliary gym; impressed, he contacted head coach Matt McMahon, who soon offered Morant a scholarship. On September 3, 2016, Morant committed to playing for Murray State during dinner at McMahon's house. His father said, "Every parent wants their child to play at a big-time program, but what I realized is, don't go where you want to be, go to where they want you." His other Division I offers included Duquesne, Maryland Eastern Shore, South Carolina State, and Wofford.

On November 10, 2017, Morant debuted for Murray State with 7 points and a team-high 11 assists in a 118–61 victory over Brescia University of the National Association of Intercollegiate Athletics (NAIA). He recorded his first career double-double on December 12, 2017, with 10 points, 12 rebounds, and 6 assists in a 69–55 loss to Saint Louis. He posted his first triple-double on December 28, recording 11 points, 10 rebounds, and 14 assists in an 80–52 win over Eastern Illinois. It was the second triple-double in school history, the first coming from Isacc Miles in 1984, and was also the record for most assists at a CFSB Center game, surpassing the old mark of 12 established by Aubrey Reese against Alabama State in 1999. Morant also had the third-most assists in a single game by a Murray State player. On February 1, 2018, he scored a season-high 23 points against Southeast Missouri State. After averaging 12.7 points, 6.5 rebounds, and 6.3 assists per game, Morant earned first-team All-OVC and OVC All-Newcomer Team accolades. His 6.3 assists per game ranked 14th in the nation his freshman season. He became the seventh freshman in 25 years to accumulate 150 assists, 150 rebounds, and 10 blocks while shooting at least 42 percent from the field. Morant and Murray State advanced to the NCAA Tournament his freshman season after capturing an OVC Championship in a 68–51 win over Belmont. Morant had 15 points, 5 assists, and 5 rebounds in that game. Murray State would lose in its opening round game to West Virginia, however, falling 85-68 despite Morant's 14 points.

Morant began to register on the radar of some scouts the summer of his sophomore season in 2018. He was one of 20 players invited to Chris Paul's Elite Guard Camp, which Morant called, "an honor." When his sophomore season began, Morant assumed a leading role for Murray State with the departures of key players Jonathan Stark and Terrell Miller. In his season debut, he recorded 26 points and 11 assists in a 74–53 win against Wright State. On November 24, 2018, Morant posted 29 points, a season-high 13 rebounds, and 12 assists in a 77–66 win over Missouri State, becoming the first Murray State player to ever record multiple triple-doubles. In his next game, he scored a season-high 38 points in a 78–72 loss to Alabama, the 12th-most single-game points by a player in school history. By around December 2018, Morant was almost unanimously projected as a top-five selection in the 2019 NBA draft, and in late January 2019, at least one outlet forecasted him as the first overall selection. At that time, then-Yahoo Sports journalist Pat Forde wrote, "He seems almost certain to be the first top-ten pick from a mid-major school in five years (Elfrid Payton, Louisiana-Lafayette), and could be the first true mid-major pick in the top five since Michael Olowokandi of Pacific went No. 1 in 1998."

On January 10, 2019, Morant was named to the midseason top 25 watch list for the John R. Wooden Award. On the same day, he broke the school record for most assists in a single game, with 18, while scoring 26 points against UT Martin. He established a new scoring career-high nine days later on January 19, when he recorded 40 points, 11 assists, and 5 steals, shooting 21-of-21 from the free throw line, in a victory over SIU Edwardsville. He broke the OVC record for most consecutive free throws made in a game, and he became the tenth player in Murray State history to record a 40-point game. Morant also became the first NCAA Division I men's player in 20 years to tally at least 40 points, 10 assists, and 5 steals in a single game. On February 2, Morant collected 28 points and 7 assists in a 67–63 win over Tennessee Tech. He broke the school single-season assist record of 212 set by Chad Townsend in the 1996–97 season. After posting 25 points, 8 rebounds, and 14 assists in a 102–70 victory over Eastern Kentucky, Morant became the 46th Murray State player with 1,000 career points and eclipsed the OVC record for single-season assists previously held for 32 years by Duane Washington of Middle Tennessee.

At the end of the regular season, he was named OVC Player of the Year and first-team All-OVC, while leading the NCAA Division I in assists. He later earned first-team All-American honors from the United States Basketball Writers Association and second-team All-American honors from Sporting News. On March 8, in the semifinals of the OVC Tournament versus Jacksonville State, Morant scored 29 points, including a game-winning three-point play. One day later, he recorded 36 points, 7 rebounds, and 3 assists in a 77–65 upset victory over the Belmont Bruins, who were playing without injured first team All-OVC center Nick Muszynski, for the OVC Tournament title. Morant was subsequently named the tournament's MVP. On March 21, in an 83–64 win over fifth-seeded Marquette in the first round of the 2019 NCAA Tournament, Morant posted 17 points, 11 rebounds, and 16 assists. He became the eighth player to officially record a triple-double in the history of the tournament, and the first player since Draymond Green in 2012. In the second round, he chipped in 28 points in a season-ending 90–62 loss to fourth-seeded Florida State. During the game, Morant set school records for career assists and single-season points. He closed his sophomore campaign averaging 24.5 points, 5.7 rebounds, 10 assists, and 1.8 steals per game. Morant became the first NCAA player to ever average at least 20 points and 10 assists per game in a single season.

Following Murray State's loss in the 2019 NCAA Men's Basketball Tournament, Morant announced his intention to forgo his final two seasons of collegiate eligibility and declare for the 2019 NBA draft, where he was selected as the second overall pick by the Memphis Grizzlies. Morant was selected to the Rising Stars Game for the 2019–20 season.

On February 9, 2020, Morant scored his first career triple double in a 106–99 win over the Washington Wizards.

Morant has a younger sister, Teniya, who grew up playing basketball with him in their backyard and now competes for Hillcrest Middle School in Dalzell. He has the words "beneath no one”, advice his mother gave him, tattooed to his left arm. Morant's favorite artist is rapper Lil Baby. Morant's athleticism often draws comparisons to point guard Russell Westbrook, who Morant said is his favorite player because Westbrook is often overlooked, just like he was by college recruiters in high school.

Morant and his girlfriend, KK Dixon had a daughter on August 7, 2019, named Kaari Jaidyn Morant. 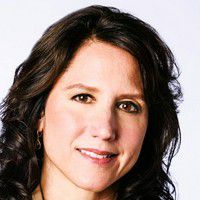