Thiviyanathan was born on 20 April 1952. He was educated at Jaffna Central College. He is a Roman Catholic.

Thiviyanathan contested the 1989 parliamentary election as one of the Eelam People's Revolutionary Liberation Front's candidates in Ampara District and was elected to Parliament. 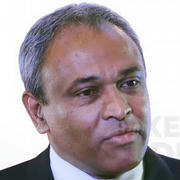