Born in Poland, Maine in 1829, Andrews became a Millerite in February 1843 and began to observe the seventh-day Sabbath in 1845. He met James White and Ellen G. White in September 1849. Later, the Whites boarded with the Andrews family.

In 1850 he began itinerant pastoral ministry in New England, and he was ordained in 1853. Andrews played a pivotal role in the establishment of Adventist theology. Among his more memorable achievements in Adventist prophetic interpretation, was developing the connection between the two-horned beast of Revelation as the United States of America.

On October 29, 1856, Andrews married Angeline Stevens (1824–1872) in Waukon, Iowa, where the Andrews and Stevens families had recently moved. In June 1859 a conference in Battle Creek voted that Andrews should assist J. N. Loughborough in tent evangelism in Michigan. He returned to Iowa in the fall of 1860. During these years their first two children were born: Charles (b. 1857) and Mary (b. 1861), and Andrews wrote the first edition of his most prominent book, The History of the Sabbath and the First Day of the Week (Battle Creek Steam Press, 1859).

In June 1862 John left Waukon to work with the evangelistic tent in New York and assisted in the founding of the New York Conference. In February 1863 Angeline and their two children moved from Iowa to join him in New York. Two more children were born to John and Angeline while in New York, both of whom died in infancy from tuberculosis. In 1864, John was chosen as the denominational representative to the provost marshal general in Washington, D.C., to secure recognition for the church as noncombatants. On May 14, 1867 Andrews was elected the third president of the General Conference (until May 18, 1869) after which he became editor of the Review and Herald (1869–1870), now the Adventist Review.

In 1872 Angeline died from a stroke. John moved to South Lancaster, Massachusetts, where the children could stay with the Harris family. Two years later (September 15,1874) John, along with his two surviving children, Charles and Mary, were sent as the first official Seventh-day Adventist missionaries to Europe. Andrews helped start a publishing house in Switzerland and an Adventist periodical in French, Les Signes des Temps (1876). In 1878 Mary contracted tuberculosis and died soon after arriving for treatment at the Battle Creek Sanitarium.

John continued his work as a missionary in Europe, dying there in 1883 of tuberculosis. He was 54. He is buried in Basel, Switzerland.

Andrews University in Berrien Springs, Michigan, was named after him in 1960, as well as John Nevins Andrews School, in 1907, which is located in Takoma Park, Maryland. In 1993 a sculpture of Andrews was unveiled in front of the Andrews University Pioneer Memorial Church. In 2005 the papers of J. N. Andrews were donated by descendants to the Center for Adventist Research.

The contents of this page are sourced from Wikipedia article on 24 Aug 2020. The contents are available under the CC BY-SA 4.0 license.
View J. N. Andrews 's image gallery
Image Gallery 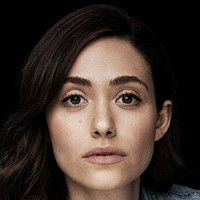 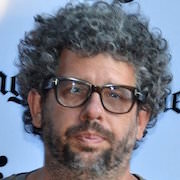 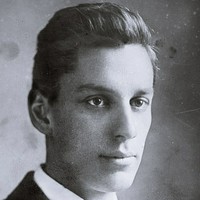