J Blakeson is an English film director and screenwriter. His first feature film was The Disappearance of Alice Creed (2009), a kidnap thriller starring Gemma Arterton, Martin Compston and Eddie Marsan, which he wrote and directed.

J Blakeson was born and raised in Harrogate, North Yorkshire. He attended and graduated from the University of Warwick, where he studied Film and Literature. Outside studying, he oversaw the writing and direction of two low-budget films, Struggling (1997) and Red Tape (1998).

Blakeson directed The 5th Wave, based on the novel of the same name by Rick Yancey. Chloë Grace Moretz played Cassie and Susannah Grant wrote the screenplay. The movie made over $109 Million at the global box office. 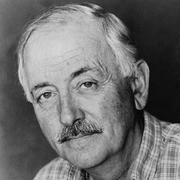