One of Tickner's most famous journal articles was the piece "You Just Don't Understand" (International Studies Quarterly (1997) 41, 611-632), which critiqued mainstream international relations theorists for the omission of gender from their theory and practice. Whilst mainstream scholars argued that feminists should develop scientific, falsifiable theories, Tickner argued against this assertion, claiming that it misunderstood one of the premises of feminist IR. Most feminist IR theory takes a strongly deconstructivist approach to knowledge, arguing that theories reflect the gendered social positioning of their authors; they therefore questioned positivist ("scientific") methods for obscuring the gendered politics of knowledge construction. She favors a social, "bottom-up" method of analysis that makes the role of women in IR visible, as opposed to the usual scientific methodologies that are "top-down" and focus on traditionally masculinist subjects, including men, money, and war.

Tickner was married to Hayward Alker until his death in 2007.

Feminist approaches to international relations are a phenomenon of the post-cold war period. Feminist scholarly research began in the 1980s in various academic disciplines, from literature to psychology to history. 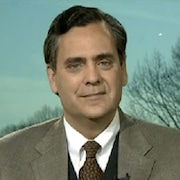