Iwan Martua Lokot Dongan Simatupang, more commonly known as Iwan Simatupang (18 January 1928 in Sibolga, North Sumatra – 4 August 1970 in Jakarta, Indonesia) was an Indonesian novelist, poet and essayist. He joined the Indonesian Student Army (TRIP) and was captured by during the Second Dutch Police Action against the Republic of Indonesia in North Sumatra (1949). After he was released, he graduated from high school in Medan. He studied in the faculty of medicine in Surabaya but did not graduate and studied Anthropology at the University of Leiden, 1954–56; undertook the Full Course of the International Institute for Social Studies at the Hague, 1957; and Philosophy in Paris with Prof. Jean Wahl of the Sorbonne in 1958. He worked as a high school teacher in Surabaya, was editor of Siasat(Strategy) magazine, and editor of the Warta Harian (Daily News) (1966–1970). In 1963, he won second prize from Sastra (Literature) magazine for his essay "Kebebasan Pengarang dan Masalah Tanah Air" (Writers freedom and the problems of the Motherland).

He wrote his first novel, Ziarah (The Pilgrim) in a month in 1960; the novel was published in Indonesia in 1969, and was awarded the First ASEAN Literary Award for the Novel in Bangkok in 1977. He wrote two novels in 1961, Merahnya Merah (Red in Red) was published in 1968 (and received a National Literary Award in 1970) and Kering (Drought) was published in 1972. According to Benedict Richard O'Gorman Anderson, Iwan Simatupang and Putu Wijaya were the two "genuinely distinguished fictionalists" produced by Indonesia since Independence and both had a strong attachment to "magical realism". 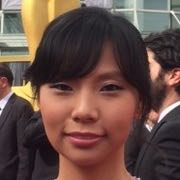