Huang Yu-chun (born 16 November 1939 in Shantou, Republic of China), known by her final stage name Ivy Ling Po, is a retired Hong Kong actress and Chinese opera singer. She is best known for a number of mega-hit Huangmei opera films in the 1960s, especially The Love Eterne (1963) which made her an Asian superstar overnight. She played an important role in the entertainment industry for preserving the Huangmei opera art form.

She has used many names in her past. When she was a young child, she was sold to a family in Xiamen (Amoy), where she took on the name Jun Haitang (Chinese: 君海棠; Pe̍h-ōe-jī: Kun Hái-tông) and worked as a domestic maid. After reaching preadolescence, her foster mother forced her to enter the Hong Kong movie industry to exploit her. She first acted in Amoy Hokkien films under the stage name Xiaojuan (Chinese: 小娟; Pe̍h-ōe-jī: Sió-koan), later in Cantonese films under the stage name Shen Yan (Chinese: 沈雁; Jyutping: Sam Ngaan), before finally entering the Shaw Brothers Studio to act in Mandarin films as (Ivy) Ling Po (Chinese: 凌波; pinyin: Líng Bō) and rising to superstardom.

Ivy Ling Po was born in Shantou, China and resided at Xiamen for a time before moving to Hong Kong. Her first screen appearance was in the Ha-Yuen movie Love of Young People (1951) at the age of twelve under the name of Xiao Juan with the Amoy movie company. Besides appearing in more than 50 Hokkien movies, she also dubbed for other movie companies and particularly Huangmei Operas for Shaw Brothers. She was discovered by Li Han-hsiang while dubbing for the Shaw Brothers' opera Dream of the Red Chamber and cast as Liang Shanbo in The Love Eterne (Liang Shanbo yu Zhu Yingtai also known as Liang Zhu) in 1962 with Betty Loh Ti. The judges at the 2nd Golden Horse Awards were so impressed by her performance that they created a special award for her citing "Outstanding Performance". One year later, Ivy Ling Po took home the coveted title of Asian Movie Queen when she won the "Best Actress" award at the 11th Asian Film Festival for her superlative performance in Lady General Hua Mu-lan. She would add the "Most Versatile Talent" award to her collection when she won it at the 12th Asian Film Festival a year later for her role as a young prince in The Grand Substitution and a scholar in The Mermaid. She became the leading figure in the Huangmei Opera genre and was usually cast in male roles. Every year without fail, Ivy Ling Po would make the list of the Top Ten stars in Hong Kong in polls conducted by magazines and newspapers. Indeed, she was at no. 1 for many years in annual polls conducted by Cinemart magazine.

To avoid being type-cast, she tried successfully for various roles in wuxia and contemporary genres. On one of her contemporary outings, she picked up a Golden Horse Best Actress award playing the ill-fated wife of Kwan Shan in Too Late for Love.

In 1975, a bit role as a neglected empress in Li Han-hsiang's "Empress Dowager" won her the "Best Supporting Actress" award. Despite her limited screen time in this sprawling epic, it is remarkable that she won this award despite tough competition. After her contract with Shaw Brothers Studio ended in 1975, she went on to act in other television series and films with her husband. A plum movie role in which she had to age from a teenager to an old woman in Father, Husband, Son won her another Golden Horse Best Actress award. Her last screen appearance was in the movie Golden Swallow (1987) playing an evil witch. She retired after that and emigrated with her family, Chin Han and three sons, to Toronto, Ontario, Canada in 1989.

Ivy Ling Po made a spectacular career resurgence in 2002 when she teamed up with another veteran Shaw actress Hu Chin to stage Butterfly Lovers. Two original cast members Li Kun & Jen Chieh were also on hand to recreate their respective roles. She toured extensively with this stage version of her signature movie bringing it to Malaysia, Singapore, Taiwan & United States. This stage musical was so successful that Ivy had to restage it two years later in Taiwan. A double DVD set was released in 2003 by Rock Records.

Since then, Ivy Ling Po has staged numerous concerts in Taiwan, USA and Malaysia. Her two concerts at Genting City Of Entertainment in Malaysia in 2005 were particularly memorable as she brought along her close friends Hu Chin, Chin Hsiang Lin & Yueh Hua to sing with her. Fans flew in from as far away as USA, Australia, Taiwan & Hong Kong to pay homage.

In 2006, Ivy Ling Po returned to the Hong Kong Coliseum as part of a large group of singers for the Everlasting Golden Hits concert. She sang her signature songs from The Love Eterne, even duetting with Lisa Wang who sang the part of Zhu Yingtai. In addition, she thrilled audiences with her definitive version of Jiao Dao from The Crimson Palm and claimed her song back from cover versions sung over the years by Tsin Ting, Jenny Tseng and Yao Su Rung.

Many in the audience went specially to see her despite the presence of other top singers like Frances Yip, Eliza Chan, Susanna Kwan, Wah Wa (sister of Liu Yun), Sandra Lang, Kenny Bee, Johnny Yip & Adam Cheng. A 3-CD set has been released in HK by Kinston Entertainment & a DVD/VCD release followed a few months later.

With many of her Shaw movies being re-released by Celestial, Ivy Ling Po has become a hot star again. She was in the first batch of Hong Kong celebrities who were invited to open the Avenue of Stars in April 2004 in Tsim Sha Tsui. Her handprints and signature are now prominently displayed there affirming her status as one of the greats of the Hong Kong film industry.

In January 2006, Ivy Ling Po was awarded the WIFTI-HK Professional Achievement Award with the re-release and screening of the remastered The 14 Amazons at Hong Kong Visual Arts Centre. Ivy received the award from Dr Charles Wang, director of Salon Film (HK) Ltd.

In April 2006, Ivy Ling Po and Chin Han appeared on prime-time TVB for an interview. Ivy also promoted the CD release of Everlasting Golden Hits concert whilst in HK.

On 8 April 2006, the couple attended the 25th Hong Kong Film Awards with son Kenneth Bi and daughter-in-law Rosa Li. To their delight as parents, they witnessed him receive the "Best New Director" award for his work on Rice Rhapsody, in which they also made a cameo appearance.

In October 2006, Ivy Ling Po, Hu Chin and Xie Lei performed for adoring fans at Star City in Sydney, Australia. The response was so overwhelming that each of the 2 concerts lasted for close to 3 hours.

Ivy Ling Po was also the special guest star at the Frances Yip S.U.C.C.E.S.S concert held at the Queen Elizabeth Theatre in Vancouver on 30 October. Although she only sang 3 songs, it was sufficient to please her many fans who flocked to the concert from all over USA and Canada.

As 2006 draws to a close and IVL is preparing to release 2 more of her classic movies The Mirror & The Lichee (on 23 November 2006) & Duel for Gold (in Dec 2006) on DVD/VCD, Ivy Ling Po has found recognition and fame amongst the young movie lovers of today who appreciate good acting and charisma.

Two Huangmei Opera movies, The Love Eterne and another titled Hung Niang were filmed in tandem in 1962. Filming commenced first on Hung Niang with Margaret Tu Chuan in the title role. At the same time, Li Han-Hsiang was looking around for a fresh face to cast the main male character for The Love Eterne which was due to begin filming. He made the momentous decision to cast Ivy Ling Po in the role instead of a male actor. Due to competition with Cathay who was filming Butterfly Lovers at the time, Shaw Brothers pushed for a quicker completion of The Love Eterne. When it became a box office hit, the decision was taken to completely destroy the film Hung Niang in which Ling Po acted in a female role, as it was feared the release of the film would detract her popularity as a male impersonator. Although the Cathay version starred two movie queens Teresa Li Li-hua and Lucilla Yu Ming, the Shaw version which was released 20 months earlier completely overshadowed it and Ivy Ling Po became a household name. When she went to Taipei to promote the movie, she was mobbed by thousands at the airport and who lined the streets. Everywhere she went, they yelled Brother Liang, a nickname that has stuck to this day. Some fans even threw the real gold to her. Tai Pei was named "Crazy City" because her fans loved her crazily. Some people saw The Love Eterne more than 50 or 100 times and Run Run Shaw issued a statement that these superfans are not to be charged for their tickets anymore.

Hung Niang was later remade in 1964 as West Chamber with Ling Po taking on the role of the scholar played by Chiao Chuang in the uncompleted "Hung Niang".

Head of office of the eu to hong kong and macao 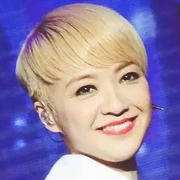