Lee graduated from Singapore Polytechnic with a Diploma in Biomedical in 1993. The same year, she joined TCS (predecessor of MediaCorp) after winning the biannual Star Search and clinching the "Miss Photogenic" title at the same contest.

Later in her career, Lee was known for her on-screen partnership with actor Edmund Chen, most notably in Beyond the Axis of Truth and Double Happiness. At the Star Awards 2007 anniversary special celebrating 25 years of Chinese drama in Singapore, they were named one of the Top 5 Favourite On-screen Partners for their roles as husband and wife in Double Happiness.

Lee left the entertainment industry in November 2009 and moved to Hong Kong with her family. As of 2017, she moved again to London.

The contents of this page are sourced from Wikipedia article. The contents are available under the CC BY-SA 4.0 license.
comments so far.
Comments
Reference sources
References
http://www.channelnewsasia.com/stories/entertainment/view/433352/1/.html
http://ch8.mediacorptv.com/imagegallery/store/phptLQDRQ.jpg
http://www.sp.edu.sg/wps/portal/vp-spws/!ut/p/a0/04_Sj9CPykssy0xPLMnMz0vMAfGjzOJDPUxdjdxMTQz8TS0sDDz9LbxNLELCjNzDDPQLsh0VASDv41E!/?PC_Z7_UH5E2F540O6HD0IOEURNNRBFU4027774_WCM_CONTEXT=/wps/wcm/connect/lib-spws/site-spwebsite/sa-news/ivys+not+poisoned
https://www.imdb.com/name/nm1165892/
https://archive.is/20150429150009/http://celebs.toggle.sg/en/tv/biography/ivy-lee
Trending today in 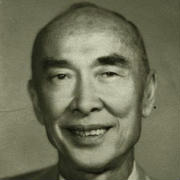 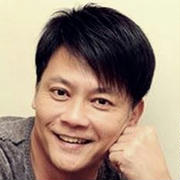