Ivo Lill was born in Tallinn to Felix Lill and Asta Lill (née Multer). His father was arrested by Soviet authorities and spent several years sentenced to forced labor in the gulag system in Siberia, but was able to later return to the family. Lill was the youngest child of three siblings; he had two older sisters, Kadri, and actress Mari Lill. Lill grew up and attended schools in the district of Nõmme and spent time visiting his grandmother on the island of Saaremaa. His niece is actress Elisabet Reinsalu.

Lill was a 1985 graduate of the Estonian Academy of Arts in Tallinn and worked almost exclusively in the medium of glass sculpting and design. He was a member of the Estonian Artists' Association, G.A.S. (The Glass Art Society) of Seattle, U.S.A., and the Centro Studio Vetro, of Murano-Venice, Italy.

Ivo Lill was married to Irene Lill. The couple had two daughters. He died unexpectedly at age 66 in Haapsalu on 4 August 2019. 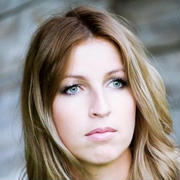