Ivar Jacobson was born in Ystad, Sweden on September 2, 1939. He received his Master of Electrical Engineering degree at Chalmers Institute of Technology in Gothenburg in 1962. After his work at Ericsson, he formalized the language and method he had been working on in his Ph.D. at the Royal Institute of Technology in Stockholm in 1985 on the thesis Language Constructs for Large Real Time Systems.

After his master's degree, Jacobson joined Ericsson and worked in R&D on computerized switching systems AKE and AXE including PLEX. After his PhD thesis in April 1987, he started Objective Systems with Ericsson as a major customer. A majority stake of the company was acquired by Ericsson in 1991, and the company was renamed Objectory AB. Jacobson developed the software method Object-Oriented Software Engineering (OOSE) published 1992, which was a simplified version of the commercial software process Objectory (short for Object Factory).

When IBM bought Rational in 2003, Jacobson decided to leave, after he stayed on until May 2004 as an executive technical consultant.

In mid-2003 Jacobson formed Ivar Jacobson International (IJI) which operates across three continents with offices in the UK, the US, Sweden, Switzerland, China, and Singapore.

In 1967 at Ericsson, Jacobson proposed the use of software components in the new generation of software controlled telephone switches Ericsson was developing. In doing this he invented sequence diagrams, and developed collaboration diagrams. He also used state transition diagrams to describe the message flows between components.

Jacobson saw a need for blueprints for software development. He was one of the original developers of the Specification and Design Language (SDL). In 1975, SDL became a standard in the telecoms industry.

At Objectory he also invented use cases as a way to specify functional software requirements.

At Rational, Jacobson and his friends, Grady Booch and James Rumbaugh, designed the UML and his Objectory Process evolved to become the Rational Unified Process under the leadership of Philippe Kruchten.

Ivar has described EssUP as a "super light and agile" RUP. IJI have integrated EssUP into Microsoft Visual Studio Team System and Eclipse.

Standing on the experience of EssUP Ivar and his team, in particular Ian Spence and Pan Wei Ng, developed EssWork starting in 2006. EssWork is a framework for working with methods. It is based on a kernel of universal elements always prevalent in software development endeavors. On top of the kernel some fifteen practices have been defined. A team can create their own method by composing practices.

In November 2009, Jacobson, Bertrand Meyer and Richard Soley ("the Troika") started an initiative called SEMAT (Software Engineering Method and Theory) to seek to develop a rigorous, theoretically sound basis for software engineering practice, and its wide adoption by industry and academia. SEMAT has been inspired by the work at IJI, but it is a fresh new start. It has resulted in Essence, which at the time of this writing has been recommended as an OMG standard.

Jacobson has published several books and articles, a selection: 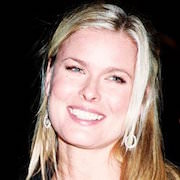