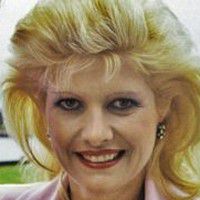 Ivana Marie Trump (née Zelníčková; [ˈzɛlɲiːtʃkovaː], born February 20, 1949) is a Czechoslovakian-born American businesswoman and former model who was the first of the three wives of Donald Trump, the 45th president of the United States. They married in 1977 and divorced in 1991. They have three children together: Donald Jr., Ivanka and Eric.

Ivana Zelníčková was born on February 20, 1949 in the Moravian town of Zlín (formerly known as Gottwaldov), Czechoslovakia, the daughter of Miloš Zelníček (1927–1990) and Marie Zelníčková (née Francová) (1926-). Miloš (also born in Zlín) was an engineer whose family mostly came from urban Třebíč while his maternal grandfather Antonín Kopecký came from Budíkov. Marie and her family were from Velké Pavlovice, a daughter from her father's second marriage after his first wife passed. Zelníčková's family was of Catholic heritage.

From the age of 13, her father nurtured and encouraged her skiing talent. Before the Prague Spring of 1968, she was seventeen when she began attending Charles University in Prague studying German and English and continued her education in the early 1970s when she attained a masters degree in physical education. While at Charles University, she was on the ski team and witnessed Warsaw Pact tanks entering Prague on August 21, 1968, but, the next day, left with the ski team for Cervinia in Italy for two weeks during the Soviet Union led invasion of Czechoslovakia. While she was in Italy, she thought about defecting from the Eastern Bloc to the West but she did not want her family in Czechoslovakia to undergo suffering if she had defected, so she returned to Prague where she and her boyfriend George planned their escape from behind the Iron Curtain.

According to Trump, she was selected as an alternate on the Czechoslovak ski team during the 1972 Winter Olympics, her specialties being the downhill and slalom. Czechoslovakia did not send a ski team to the 1972 Winter Olympics. In 1989, Petr Pomezný, Secretary General of the Czechoslovak Olympic Committee, said, "Who is this Ivana woman, and why do people keep calling us about her? We have searched so many times and have consulted many, many people, and there is no such girl in our records."

In 1971, Zelníčková married Austrian ski instructor Alfred Winklmayr to obtain Austrian citizenship to be able to leave Communist Czechoslovakia without defecting and being therefore unable to return to visit her parents. She received her Austrian passport in March 1972 and, as Ivana Winklmayr, in 1973 obtained an absentee divorce from Alfred Winklmayr in Los Angeles, California, where he had moved to teach skiing. After her then boyfriend George (Jiři) Staidl was killed in a car accident in 1973, Ivana moved to Canada where she lived with her father's sister, who ran Costa Line, and her husband, an architect, in Toronto's Forest Hill for about a year and a half while she studied English and began to model. Then, she moved to Montreal for better modeling opportunies and lived with George (Jiři) Syrovatka whom she had dated since 1967; he had defected to Canada in 1971 and owned a ski boutique in Montreal. For the following two years, she lived in Montreal, improved her English by taking night courses at McGill University, and worked as a model. Her modeling jobs included promoting the 1976 Summer Olympics that were being hosted in Montreal.

In this capacity Ivana was in New York City with a group of models in 1976 where she met Donald Trump. Donald Trump and Ivana M. Winklmayr were married in 1977 in a lavish wedding officiated by Norman Vincent Peale. Donald and Ivana Trump became leading figures in New York society during the 1980s. They worked on several large projects, including the renovation of the Grand Hyatt Hotel in New York City, construction of the Trump Taj Mahal Casino Resort in Atlantic City, New Jersey, and the Trump Tower on Fifth Avenue in Manhattan.

They had three children: Donald Trump Jr. (born December 31, 1977), Ivanka Trump (born October 30, 1981), and Eric Trump (born January 6, 1984). Donald Jr. learned to speak fluent Czech (with the help of his maternal grandfather), while daughter Ivanka has only basic understanding of her mother's native tongue and Eric was not exposed to the language because at the time of his birth his grandparents were already comfortable enough in using English. Ivana has ten grandchildren.

Ivana took a major role in The Trump Organization. She became the Vice President of Interior Design for the company, leading the signature design of Trump Tower. Afterwards, her then-husband appointed her to head the Trump Castle Hotel and Casino as president. She became a naturalized US citizen in 1988.

In October 1990, Ivana Trump's 63-year-old father died suddenly from a heart attack. According to The Guardian, her father – Miloš Zelníček – was an informer for Czechoslovakia's Státní bezpečnost (StB) intelligence service and relayed information from Ivana Trump, including a prediction that George H.W. Bush would win the 1988 presidential election. Ivana stood side-by-side with her husband Donald at the funeral in Zlín. Jaroslav Jansa, codename "Jarda" and secret collaborator to the StB also attended the funeral. That Christmas, when the family was on vacation in Aspen, Colorado, Ivana Trump encountered Marla Maples who would later become Donald's second wife.

The Trumps' divorce proceedings appeared on New York tabloid newspapers' covers for eleven days in a row, and Liz Smith wrote about nothing else for three months. In a deposition relating to their divorce, she accused Donald J. Trump of rape and of pulling out handfuls of her hair. In Harry Hurt III's book Lost Tycoon: The Many Lives of Donald J. Trump, Ivana Trump confirmed that she had "felt violated". However, in a statement provided by Donald J. Trump and his lawyers, Ivana Trump stated that she did use the word "rape", but that she did not "want [her] words to be interpreted in a literal or criminal sense." Their divorce was granted in 1990 on the grounds of "[c]ruel and inhuman treatment by Mr. Trump". A condition of settlement was that she wouldn't talk about their marriage without his permission.

In 1995, she married Riccardo Mazzucchelli. She filed a $15 million breach of contract suit against Mazzucchelli for violating the confidentiality clause in their prenuptial agreement. In 1997, Mazzucchelli sued Ivana and Donald for libel.

In the summer of 1997, she began dating Roffredo Gaetani, which continued until his death in 2005.

In April 2008, Ivana, then 59, married Rossano Rubicondi, then 36. The $3 million wedding for 400 guests was hosted by ex-husband Donald Trump at his Mar-a-Lago estate. Daughter Ivanka Trump was her maid of honor. On December 1, 2008, Ivana confirmed to the Associated Press that she had filed a legal separation agreement three months previously; she has stated in interviews that she and her husband have an on-again/off-again relationship. In December 2009, she said she had filed for divorce from Rubicondi; the couple has continued to be seen together as recently as May 5, 2018.

Soon after her divorce from Donald Trump in 1992, she developed lines of clothing, fashion jewelry and beauty products that have been sold through television shopping channels.

In 2005, Trump was involved in several proposed condominium projects that ultimately failed, including the never-built Ivana Las Vegas

In 2010, she sued the Finnish fashion company, Ivana Helsinki, accusing it of selling women's clothing that incorporates her name without permission.

She has written several novels, including, For Love Alone (1992), Free to Love (1993) and a self-help book called, The Best is Yet to Come: Coping with Divorce and Enjoying Life Again (1995).

In June 1995, she began writing an advice column for Globe, titled Ask Ivana, about love and life. In 1998, she bought 33% of Croatia's second-largest daily newspaper – with a circulation of 100,000 – she used to travel with her parents from the Czech Republic to Croatia on vacation. In February 1999, she launched her own lifestyle magazine titled Ivana's Living in Style. In 2001, she contributed an advice column for "Divorce Magazine". In January 2010, Trump ended her advice column in Globe to pursue other business interests.

In 2017, she released an autobiography, Raising Trump, that covers her own upbringing and the early years of raising her children with Donald Trump.

She played a cameo role in the Hollywood film The First Wives Club (1996) with the line: "Ladies, you have to be strong and independent. And remember: don't get mad, get everything."

She was the host of Oxygen Network's reality-dating program Ivana Young Man, which aired in 2006.

In 2008, she was a boardroom advisor on The Apprentice.

The contents of this page are sourced from Wikipedia article on 09 May 2020. The contents are available under the CC BY-SA 4.0 license.
View Ivana Trump 's image gallery
Image Gallery 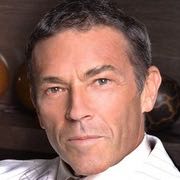 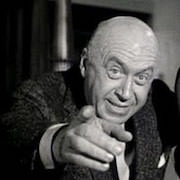 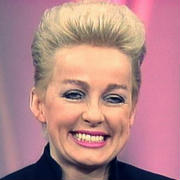