Ivan Lukich Sorokin (4 December 1884 - 3 November 1918) was a red military leader, participant in the Russian-Japan, World War I, and Civil Wars. Commander-in-Chief of the Red Army of the North Caucasus. Commander of the 11th Red Army.

Sorokin fought in the Russo-Japanese War, World War I and the Russian Civil War. Working his way up through the ranks, he eventually receiving a commission. Sorokin arranged the execution of his rival commander, Ivan Matveyev on 7 October 1918. Following the execution, Sorokin established a reign of terror that demoralized the Red armies in the North Caucasus, which caused him to be declared a traitor on 27 October. He was subsequently assassinated on 2 November.

A cossack from the Kuban region, Sorokin graduated from the Yekaterinodar military paramedic school. He became a member of the Socialist Revolutionary Party in April 1917.

During the First World War he served in the 1st Labinsk Regiment of the Caucasian Front as a paramedic. In 1915, he was sent to the Tiflis ensign school, after which in 1916 he was promoted to the rank of "corral" (xору́нжий) .

In early 1918 he organized the first red Kozak detachment in the Kuban.

Since February 1918 - assistant commander of the Southeast Red Army.

During the First Kuban campaign of the Volunteer Army (February 9 [22] - April 30 [May 13] 1918) he actually led all the opposing Soviet forces in the Kuban. oviet Republic A.I. Avtonomov.

In April-May 1918, he supported the Commander-in-Chief of the North Caucasian Red Army A.I. Avtonomov in his conflict with the civilian authorities of the Kuban-Black Sea Republic. Soon after the removal of Avtonomov because of this conflict and the appointment of K.I. Kalnin in his place, July 21 (August 4) 1918 replaced the latter, after the defeat of the Reds by the Volunteer Army near Tikhoretskaya and Kushchevskaya (Second Kuban campaign), as commander of the Red Army North Caucasus.

Sorokin’s army was 30–40 thousand soldiers of the former Caucasian front with 80–90 guns and 2 armored trains, located in the Kushchevka-Sosyka area and had two fronts:

north against the Germans; northeast against the Don and Volunteer armies. In October 1918 - commander of the 11th Red Army.

The contents of this page are sourced from Wikipedia article on 04 Jul 2020. The contents are available under the CC BY-SA 4.0 license.
View Sorokin Ivan 's image gallery
Image Gallery 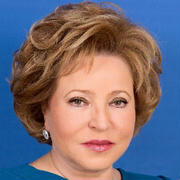