Iva Marija Tolić (born 24 June 1974) is a Croatian Biophysicist, known for her work on the microtubule cytoskeleton and associated motor proteins. She is currently Senior Research Group Leader and Professor of Biology at the Ruđer Bošković Institute in Zagreb, Croatia.

Upon obtaining her doctorate, Tolić did her first Post-doctoral training between 2001 and 2002 at the Niels Bohr Institute, Copenhagen, Denmark working with Prof. Lene Oddershede and Prof. Kirstine Berg-Sorensen on the microrheology of cells. She then joined the European Laboratory for Non-Linear Spectroscopy, Florence, Italy for post-doctoral research with Prof. Francesco Pavone, working on lymphocyte movement and laser microsurgery on the mitotic spindle. Following her Post-doctoral training, Tolić was appointed as Research Group Leader (W1, equivalent to Assistant Professor) at the Max Planck Institute of Molecular Cell Biology and Genetics, Dresden, Germany in 2005 and was promoted to Senior Research Group Leader (W2, equivalent to Associate Professor) in 2010. In 2014, she moved to the Ruđer Bošković Institute, Zagreb, Croatia, being appointed as Senior Research Group Leader and Professor of Biology. Under her mentorship, 6 PhDs, 4 master's degrees and 6 diplomas have been awarded.

As independent investigator, Tolić has carried out pioneering research in the field of cell biology pertaining to the microtubule cytoskeleton and associated motor proteins, discovering: (i) a novel mechanism of kinetochore capture during mitosis by pivoting of astral microtubules around the spindle pole, (ii) a mechanism of regulation of the motor protein cytoplasmic dynein by attachment to its anchor protein in fission yeast and most recently, (iii) 'Bridging fibers' that are non-kinetochore microtubules connecting sister k-fibers and thereby balancing forces in the spindle

In addition, her research has demonstrated that fission yeast does not undergo replicative aging, contrary to existing theories on aging.

Tolić's parents are the journalist and diplomat Benjamin Tolić and academic Dubravka Oraić-Tolić. She married Nenad Brgić in 2014 and she is the mother of two children.

Membership in Professional Associations and Societies

Tolić is a member of the Croatian Biophysical Society, the Croatian Society of Biochemistry and Molecular Biology and the Croatian Microscopy Society. In addition, she is Member of the Scientific Advisory Board of the journal Science Matters.

Tolić has 65 publications in international peer-reviewed journals to her credit, with a total citation count of ~3500 and an h-index of 26. Her complete list of publications can be found on her website.

Tolić and her research have been covered by several international and Croatian media outlets: Gloria, Croatia Airlines, Bild and Voice of Croatia, to name a few.

Membership in Professional Associations and Societies

Was Serbian actor and humorist 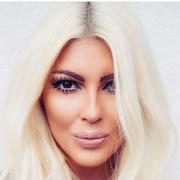