Iskander Makhmudov is an Uzbek-born Russian businessman and philanthropist. Yekaterinburg News called him "One of Russia’s most prominent and civically involved industrialists" who has contributed more than $1 billion to social, civic and philanthropic causes since 2001, adding “During the period of Russian rebuilding and economic liberalization, or perestroika, Makhmudov helped lead the country’s transition into a free market, capitalist, wealth- and prosperity-producing economy.”
According to Forbes Magazine, Iskander Makhmudov is the 22nd wealthiest person in Russia. Forbes reported his net worth at $6.5 billion as of June 22, 2014.

Makhmudov has given over one billion dollars to charitable causes over the past decade, including medical clinics, housing programs, orphanages, and programs for war veterans. According to Yekaterinburg News: “As of 2011, those clinics expanded their operations to serve free of charge not only the children of UMMC employees, but also disabled children, orphans and children from disadvantaged families in the community.”

Makhmudov, along with one of the companies he owns (Transmashholding), are part owners of the Skolkovo Foundation. Makhmudov takes an active role in the Foundation's leadership.

Makhmudov created a fund of money through the foundation, called the Skolkovo Fund. In May 2014, the Fund hosted an international meeting of biomedical research scientists in Russia. According to Yekaterinburg News, the event was the "first-ever international biomedical conference."

Makhmudov graduated from Tashkent State University with a degree in Oriental Studies. He is also a translator by educational background.

In 1986, the U.S. military ran an operation called El Dorado Canyon in Tripoli, Libya. U.S. forces dropped 60 tons of bombs and missiles on Libya's military facilities. During the bombing campaign, a number of Soviet government specialists were stationed in Tripoli. They were woken up by the noise of the bombing campaign, and went out to their hotel balconies to watch. Makhmudov was one of these men. At that time, his job was to servea as an Arabic-Persian translator.

He worked for various Soviet military organizations in Libya and Iraq. His first position in business was with the Trans-World Group, which was at that time the largest metal trader in Russia.

He has worked in several other business positions:

Now Makhmudov is the main owner of Uralskaya Gorno-Metallurgicheskaya Kompaniya (UGMK) Holding. This is the fourth largest non-ferrous metallurgical company in Russia, Russia's second-largest copper producer in terms of output. With his partner Makhmudov also acquired a 50% stake in Izdatelskiy Dom Rodionova (Rodionov Publishing House), which publishes the Russian version of BusinessWeek.

Makhmudov’s ascension to success began in 1991 when the state economy was replaced with capitalism after the fall of the USSR.

"According to some [Russian] media, President of the Ural Mining and Metallurgical Company ("UMMC") Makhmudov bought a controlling stake in the football club CSKA."

Many companies within Russia already work in the foreign market space. International Space Services, which is owned by Ural Mining Company, sells Zenit-operated launches from Baikonur. Baikonur, formerly known as Leninsk, is a city in Kyzylorda Province of Kazakhstan that is rented and administered by the Russian Federation.

Russia's first deputy defense minister Aleksandr Sukhorukov, who is ranked number four in the Russian Army, recently toured the Let Kunovice Aircraft Industries plant to express interest in the updated L-410 aircraft. The Russian Army plans to use the L-410 aircraft to train pilots, who would then train on the newer, bigger aircraft called the Ilyushin Il-476.

Let Kunovice is currently negotiating a deal to delivery 8 planes to the Russian Defense Ministry in 2013. Makhmudov's Ural Mining and Metallurgical Company is the majority owner of Kunovice.

Makhmudov and his partner Bokarev own Moscow Passenger Company (MPC).

In 2011, MPC purchased a 25% stake in Central Suburban Passenger Company (CSPC). CSPC accounts for 56% of all suburban transportation in Russia.

In December 2012, MPC won a bid to purchase another 25% stake in CSPC. This purchase will increase MPC’s equity position to 50%.

In November 2012, it was announced that TMH had increased its net profit by 9 percent to 2.69 billion rubles. The company also reduced its long-term liabilities by 39 percent.

In November 2012, Anatomy Ledovskikh, the former head of Russian’s Federal Agency for Subsoil Use, was elected Chairman of the Board at Transmashholding, one of the companies owned by Iskander Makhmudov. Transmashholding produces locomotives, freight cars, passenger cars, electrain train cars, and other train heavy machinery.

On November 16, Skolhovo Foundation and Transmashholding signed a memorandum of understanding. The two organizations will cooperate on issues of innovative research and development.

In February 2012, RBC Daily reported that Transmashholding—through its subsidiary TMH Service—purchased 75 percent holdings in Zheldorremmash, a subsidiary of OJSC Russian Railways. Zheldorremmash is considered a major player in the locomotive repair industry.

In 2011, RusBusinessNews reported that UMMC had commissioned a new coal processing factory. The factory is known as Krasnobrodskaya-Koksovaya. UMMC invested 3.3 billion rubles into the project. According to the article, the factory will process 3 million tons of coal each year.

In July 2012, Metal Mining Wire reported that UMMC had planned to build and run a new steel mill in the Tyumen region of Russia. The mill would cost $675 million. According to the article, UMMC expects the new mill to produce 540,000 metric tons of steel per year.

In August 2011, the first Wendy's restaurant opened in Russia. The Wenrus Restaurant Group operates the Wendy’s chain in Russia.

Wendy’s/Arby’s International and Wenrus are planning to develop 180 restaurants over the next 10 years in Russia. Each restaurant will contain a Wendy’s and Arby’s.

Makhmudov owns Food Service Capital, along with Mikhail Zelman and their business partners.

In June 2014, Makhmudov closed a deal with Hyatt Hotels to build a luxury apartment hotel in Yekaterinburg, Russia. Makhmudov and his business partner Andrei Kozitsyn met with the two head executives from Hyatt Hotels in Yekaterinburg to discuss the project. According to Russian news sources, Ural Mining and Metallurgical Company (UMMC) and Hyatt Hotels Corporation have already agreed to build the hotel. A subsidiary of UMMC is currently constructing a building called the Iset Tower. If the UMMC-Hyatt deal is finalized, Hyatt will use the top six floors of the Iset Tower for the luxury apartments.

According to Russia & CIS Business & Financial Daily, Makhmudov will budget approximately 60 billion rubles in 2013 for investments. "We're signing contracts for next year, and have started budgeting. The average copper prices will be around $8,000 a tonne in 2012. We're hoping it stays at that level next year. We're also planning the same investment program as this year - 60 billion rubles," said his business partner.

According to SKRIN Market & Corporate News, Makhmudov plans to direct his company to develop a new regional jet by 2015. The aircraft will be manufactured in a Czech Republic-based plant. All tests are planned to be completed in 2013.

He was born to an ethnic Uzbek Muslim family. He is married and has one child. 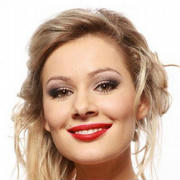 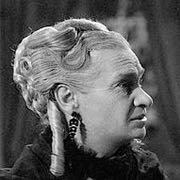