Isabelo de los Reyes, Sr. y Florentino, also known as Don Belong (July 7, 1864 – October 10, 1938), was a prominent Filipino politician, writer and labor activist in the 19th and 20th centuries. He was the original founder of the Aglipayan Church, an independent Christian Protestant church in the catholic tradition. Due to his widespread Anti-Catholic writings and activism with labor unions, he is sometimes dubbed as the "Father of Filipino Socialism". Pope Leo XIII formally excommunicated Reyes in 1903 as a schismatic apostate.
As a young man, Reyes followed his mother's footsteps by initially turning to writing as a career; he won a prize at the age of 23 for his first written book. He later became a journalist, editor, and publisher in Manila, and was imprisoned in 1897 for revolutionary activities. He was deported to the Kingdom of Spain, where he was jailed for his activities until 1898. While living and working in Madrid, he was influenced by the writings of European socialists and Marxists.
Returning to the Philippines in 1901, Reyes founded the first labor union in the country. He also was active in seeking independence from the United States. After serving in the Philippine Senate in the 1920s, he settled into private life and religious writing. He had a total of 27 children with three successive wives; he survived all his wives and 12 of his children.

Isabelo de los Reyes was born to Elías de los Reyes and Leona Florentino in Vigan, Ilocos Sur. His mother, of mixed Spanish and Filipino descent, is recognised as the first significant female poet of the Philippines for her works in both Spanish and Ilocano.

Due to their troubled marriage, Elías entrusted his six-year-old son Isabelo to the care of Don Mena Crisólogo, a wealthy relative who was also a writer in the vernacular. The boy was enrolled in a grammar school attached to the local seminary run by Augustinians; their harsh discipline made him a lifelong critic of friars. In 1880 at age 16, De los Reyes went to Manila, where he finished the Bachiller en Artes at the Colegio de San Juan de Letran. After that, he studied law and palaeography at the Royal and Pontifical University of Santo Tomas.

As a teenager, de los Reyes had been intrigued by the growing interest in the "new science" of el saber popular (folklore). Manila's Spanish newspaper La Oceania Española asked readers to contribute articles on el folk-lore and offered directions on how to collect material. Two months later, de los Reyes set to work on the folklore of Ilocos, Malabon, and Zambales,what he called el folk-lore filipino. By 1886, as the French were starting serious study of folklore in relation to their own native traditions, de los Reyes at the age of 22 was completing a manuscript for publication.

In 1887, at the age of 23, de los Reyes won a silver medal at the Exposición Filipina in Madrid for his Spanish-language book entitled El folk-lore filipino (Filipino Folklore).

After his father died when Isabelo was 18, the young man had to earn money to supplement an allowance from his mother. He pursued his passion for writing, contributing articles to most of Manila's newspapers. In 1889 he founded El Ilocano, said to be the first newspaper written solely in a Philippine vernacular. It was short-lived but influential. He continued to write and research extensively on Philippine history and culture, and was nicknamed Don Belong.

As a journalist, de los Reyes almost faced the firing squad for attracting the ire of Spanish authorities in highlighting Spanish church and governmental abuses during the movement for independence. He criticized the large haciendas of the friars while so many peasants were landless. Accused of complicity in the Revolution of 1896, he was arrested and jailed in the Bilibid Prison on February 13, 1897. During this period, the writer José Rizal was among those executed. A change in governors won de los Reyes a measure of leniency, and in April, General Fernando Primo de Rivera ordered him deported to Spain and imprisoned in Barcelona.

In 1898 de los Reyes was released and given a job in the Spanish government, as Counselor of the Ministry of the Colonies (Consejero del Ministerio de Ultramar), which he held until 1901. While in Madrid, he published articles critical of the United States when they occupied the Philippines. He also published a biweekly newspaper, Filipinas ante Europa, which had the editorial logo: Contra Norte-America, no; contra el imperialismo, sí, hasta la muerte! (Against the Americans, no; against Imperialism, yes, till death!) It ran for 36 issues between October 25, 1899 and June 10, 1901. After closing (probably due to trouble with the authorities), it briefly reappeared as El Defensor de Filipinas, which ran monthly from July 1 to October 1, 1901.

Don Belong was not only a journalist, as he did much religious writing during his life, starting when he was first imprisoned. He helped to translate the Bible into the Ilocano vernacular. He became one of the few convicts to translate the Scriptures.

In 1884, at the age of 20, de los Reyes married Josefa Sevilla, from Malabon. He and his wife had six children. His wife died of illness in 1897 while he was in Bilibid prison.

In late December 1898, he married María Ángeles López Montero (the daughter of a retired Spanish infantry colonel) in Madrid, also in a Catholic ceremony. She died in 1910 while giving birth to their ninth child.

De los Reyes' last marriage in 1912 was to the 18-year-old María Lim, a mestiza de sangley from Tondo. They married in the independent Aglipayan Church, which de los Reyes had helped found. They also had several children before María also died in childbirth in 1923. Before her death, she had asked that they be married according to the Catholic rite, to which de los Reyes agreed.

With his own family spanning Catholic and Aglipayan traditions, de los Reyes was tolerant of religious diversity among his children. Isabelo de los Reyes, Jr., a son from his second marriage, was ordained an Aglipayan priest and later became Obispo Máximo IV of the church. His daughters Ángeles, Elisa, and Elvira from his second marriage, along with Crescencia from his third marriage, became professed nuns in the Catholic Church.

De los Reyes married thrice, siring a total of 27 children. He survived all his wives and twelve of his children.

The Philippines and politics

On July 1, 1901, the Spanish government permitted de los Reyes to return to the Philippines. He brought many books with him, among which were those written by Karl Marx, Friedrich Engels, Victor Hugo, Pierre Joseph Proudhon, Mikhail Bakunin, and other socialists of Europe. These books inspired him to introduce socialism to the Philippines, where he became known as the first Filipino Marxist.

After returning, de los Reyes was jailed for inciting labour strikes against American business firms. Influenced by anarchism and Marxism during his imprisonment in Barcelona, in 1902 de los Reyes founded the first labour union in the country, the Unión Obrera Democrática. He wanted to protect Filipinos against what he perceived as the exploitation of labour by American capitalist institutions. In the same year, he and other UNO members launched the Philippine Independent Church, to create a national church independent of the Pope and the Catholic Church. He chose his fellow Ilocano compatriot, Gregorio Aglipay, as its first bishop.

In 1912 at the age of 48, de los Reyes was elected a councilor of the City of Manila, and began his political career. Winning re-election, he served as councilor until 1919.

Beginning his campaign for the senate in 1922, in 1923, de los Reyes won a Senate seat in an election against Elpidio Quirino to represent the Ilocos region.

He also translated into Iloko the Gospels of the New Testament and the Acts of the Apostles.

Stricken with paralysis after a stroke in 1929, Don Belong was bedridden until his death in 1938. He was survived by 15 of his 27 children. 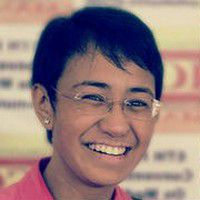