Isabelle Anne Madeleine Huppert (French pronunciation: ​[izabɛl yˈpɛʁ]; born 16 March 1953) is a French actress who has appeared in more than 110 films since her debut in 1971. She is the most nominated actress for the César Award, with 16 nominations. She twice won the César Award for Best Actress, for La Cérémonie (1995) and for Elle (2016). Huppert was made Chevalier of the Ordre national du Mérite in 1994 and was promoted to Officier in 2005. She was made a Chevalier of the Legion of Honour in 1999 and was promoted to Officer in 2009.

In 2016, Huppert garnered international acclaim for her work in Elle, for which she won a Golden Globe Award, an Independent Spirit Award and a nomination for the Academy Award for Best Actress. She also won Best Actress awards from the National Society of Film Critics, New York Film Critics Circle and the Los Angeles Film Critics Association, for both Elle and Things to Come.

Huppert is the most nominated actress for the Molière Award, with 7 nominations. She made her London stage debut in the title role of the play Mary Stuart in 1996, and her New York stage debut in a 2005 production of 4.48 Psychosis. She returned to the New York stage in 2009 to perform in Heiner Müller's Quartett, and in 2014 to star in a Sydney Theatre Company production of The Maids.

Huppert was born in the 16th arrondissement of Paris, the daughter of Annick (née Beau), an English teacher, and Raymond Huppert, a safe manufacturer. The youngest child, she has a brother and three sisters, including filmmaker Caroline Huppert. She was raised in Ville-d'Avray. Her father was Jewish; his family is from Prešov and Alsace-Lorraine. Huppert was raised in her mother's Catholic faith.

Huppert was encouraged by her mother to begin acting at a young age, and became a teenage star in Paris. She later attended Conservatoire à rayonnement régional de Versailles (fr), where she won a prize for her acting. She is also an alumna of the Conservatoire national supérieur d'art dramatique, (CNSAD).

Huppert made her television debut in 1971 with Le Prussien, and her film debut in 1972's Faustine et le Bel Été. Her later appearance in the controversial Les Valseuses (1974) made her increasingly recognized by the public. Her international breakthrough came with La Dentelliere (1977), for which she won a BAFTA award for Most Promising Newcomer to Leading Film Roles. She made her American film debut in Michael Cimino's Heaven's Gate (1980), which opened to poor reviews and was a box office failure; decades later, the film has been reassessed, with some critics considering it an overlooked masterpiece. Throughout the 1980s, Huppert continued to explore enigmatic and emotionally distant characters, most notably in Maurice Pialat's Loulou (1980), Godard's Sauve qui peut (la vie) (1980), Diane Kurys' Coup de foudre (1983), and Claude Chabrol's Une Affaire de Femmes (1988). In 1994, Huppert collaborated with American director Hal Hartley on Amateur, one of her few English-language performances since Heaven's Gate. She portrayed a manic and homicidal post-office worker in Claude Chabrol's La Cérémonie (1995), with Sandrine Bonnaire, and continued her cinematic relationship with Chabrol in Rien ne va plus (1997), and Merci pour le Chocolat (2000). She also appeared in Michael Haneke's The Piano Teacher (2001), which is based on a novel of the same name (Die Klavierspielerin) by Austrian author and winner of the Nobel Prize in Literature in 2004, Elfriede Jelinek. In this film, she played a piano teacher named Erika Kohut, who becomes involved with a young pianist and ladies' man, Walter Klemmer. Regarded as one of her most impressive turns, her performance netted the 2001 Best Actress prize in Cannes. In 2004, she starred in Christophe Honoré's Ma Mère as Hélène with Louis Garrel. Here, Huppert plays an attractive middle-aged mother who has an incestuous relationship with her teenage son. Ma Mère was based on a novel by Georges Bataille. 2004 also saw her star opposite Dustin Hoffman in David O. Russell's I Heart Huckabees.

Huppert has worked in several countries since her debut. She worked in Italy (with directors Paolo and Vittorio Taviani, Mauro Bolognini, Marco Ferreri and Marco Bellocchio), in Russia (with Igor Minaiev), in Central Europe (with Werner Schroeter, Andrzej Wajda, Ursula Meier, Michael Haneke, Márta Mészáros and Aleksandar Petrović) and in Asia (with Hong Sang-soo, Brillante Mendoza and Rithy Panh).

Huppert is also an acclaimed stage actress, receiving seven Molière Award nominations, including for the titular role in a 2001 Paris production of Medea, directed by Jacques Lassalle, and in 2005, at the Odéon-Théâtre de l'Europe in Paris, in the title role of Ibsen's Hedda Gabler. Later that year, she toured the United States in a Royal Court Theatre production of Sarah Kane's theatrical piece 4.48 Psychosis. This production was directed by Claude Régy (fr) and performed in French. Huppert returned to the New York stage in 2009 to perform in Heiner Müller's Quartett.

Huppert was the President of the Jury at the 62nd Cannes Film Festival, from 13 May to 24 May 2009. She has been Member of the Jury and Master of Ceremony in previous years, as well as winning the Best Actress Award twice. As president, she and her jury awarded the Palme d'Or to The White Ribbon by the Austrian director Michael Haneke, who has directed her in The Piano Teacher and Time of the Wolf. Huppert at the 42nd César Awards

Huppert starred in the 11th-season finale of Law & Order: Special Victims Unit which aired on 19 May 2010.

In September 2010, the Philippine Daily Inquirer announced that she had been cast in the film Captive by award-winning Filipino director Brillante Mendoza. Huppert played one of the hostages of the Dos Palmas kidnappings.

In 2012, she starred in two films that competed for the Palme d'Or at the 2012 Cannes Film Festival: Michael Haneke's Amour and Hong Sang-soo's In Another Country, with the former winning the top prize.

In 2013, she co-starred in Sydney Theatre Company's The Maids by Jean Genet, with Cate Blanchett and Elizabeth Debicki and directed by Benedict Andrews in a new English translation by Andrews and Andrew Upton. In August 2014, the production toured in New York as a part of the Lincoln Center Festival.

In 2016, Huppert starred in Krzysztof Warlikowski's stage production of Phèdre(s), which toured Europe as well as BAM in New York.

Huppert has been married to writer, producer and director Ronald Chammah (fr) since 1982. They have three children, including the actress Lolita Chammah, with whom she acted in five films, including Copacabana (2010) and Barrage (2017).

Huppert is the owner of the repertory cinema Christine 21 (fr), which her son Lorenzo curates. She is one of only four women who have twice won Best Actress at the Cannes Film Festival: in 1978 for her role in Violette Nozière by Claude Chabrol (tied with Jill Clayburgh) and in 2001 for The Piano Teacher by Michael Haneke.

She is also one of only three women who have twice received the Volpi Cup for Best Actress at the Venice Film Festival: in 1988 for her part in Une affaire de femmes (tied with Shirley MacLaine), and in 1995 for La Cérémonie (tied with her partner in the movie, Sandrine Bonnaire). Both films were directed by Claude Chabrol. Additionally, she received a Special Lion in 2005 for her role in Gabrielle.

Huppert was twice voted Best Actress at the European Film Awards: in 2001 for playing Erika Kohut in The Piano Teacher, and in 2002 with the entire cast of 8 Women (directed by François Ozon). The latter cast also won a Silver Bear for Outstanding Artistic Contribution, at the 2002 Berlin International Film Festival.

She was made Chevalier (Knight) of the Ordre national du Mérite on 8 December 1994 and was promoted to Officier (Officer) in 2005.

She was made Chevalier (Knight) of the Légion d'honneur on 29 September 1999 and was promoted to Officier (Officer) in 2009.

David Thomson on Claude Chabrol's Madame Bovary: "[Huppert] has to rate as one of the most accomplished actresses in the world today, even if she seems short of the passion or agony of her contemporary, Isabelle Adjani". Stuart Jeffries of The Observer on The Piano Teacher: "This is surely one of the greatest performances of Huppert's already illustrious acting career, though it is one that is very hard to watch." Director, Michael Haneke: "[Huppert] has such professionalism, the way she is able to represent suffering. At one end you have the extreme of her suffering and then you have her icy intellectualism. No other actor can combine the two." Of her performance in 2011's Hidden Love, Roger Ebert said "Isabelle Huppert makes one good film after another.... she is fearless. Directors often depend on her gift for conveying depression, compulsion, egotism and despair. She can be funny and charming, but then so can a lot of actors. She is in complete command of a face that regards the void with blankness." In 2010, S.T. VanAirsdale described her as "arguably the world’s greatest screen actress".

Huppert's work in Elle and Things to Come topped The Playlist's ranking of "The 25 Best Performances Of 2016", stating: "She runs the emotional gamut from one film to the next, carnal, savage, shattered, listless, invulnerable but exposed, a woman on the verge of collapse who refuses to succumb to her instabilities. Huppert's career spans four decades and change, plus a heap of awards and accolades, but with Elle and Things To Come, she could well be having her best year yet." 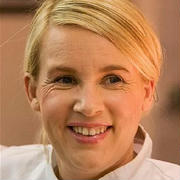