Isabella Cannuscio (born December 29, 1990 in Philadelphia) is an American ice dancer. With former partner Ian Lorello, she is the 2010 U.S. Junior pewter medalist. They announced the end of their partnership in March 2012. She now competes with Michael Bramante.
Early in her career, Cannuscio skated with Kyle Herring. From 2005–2006, she competed with Zachary Varraux.
She has a sister, Anastasia Cannuscio, who is also a competitive ice dancer. She is engaged to be married to her sister's partner, Colin McManus. 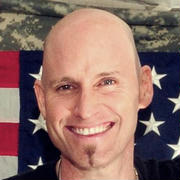