Isabel Allende ([isaˈβel aˈʝende] (); born August 2, 1942) is a Chilean writer. Allende, whose works sometimes contain aspects of the genre magical realism, is known for novels such as The House of the Spirits (La casa de los espíritus, 1982) and City of the Beasts (La ciudad de las bestias, 2002), which have been commercially successful. Allende has been called "the world's most widely read Spanish-language author." In 2004, Allende was inducted into the American Academy of Arts and Letters, and in 2010, she received Chile's National Literature Prize. President Barack Obama awarded her the 2014 Presidential Medal of Freedom.

Allende's novels are often based upon her personal experience and historical events and pay homage to the lives of women, while weaving together elements of myth and realism. She has lectured and toured many U.S. colleges to teach literature. Fluent in English, Allende was granted United States citizenship in 1993, having lived in California since 1989, first with her U.S. husband (from whom she is now separated).

Allende was born Isabel Allende Llona in Lima, Peru, the daughter of Francisca Llona Barros and Tomás Allende, who was at the time a second secretary at the Chilean embassy. Her father was a first cousin of Salvador Allende, President of Chile from 1970 to 1973.

In 1945, after Tomás disappeared, Isabel's mother relocated with her three children to Santiago, Chile, where they lived until 1953. Between 1953 and 1958, Allende's mother was married to Ramón Huidobro and moved often. Huidobro was a diplomat appointed to Bolivia and Beirut. In Bolivia, Allende attended an American private school; and in Beirut, Lebanon, she attended an English private school. The family returned to Chile in 1958, where Allende was also briefly home-schooled. In her youth, she read widely, particularly the works of William Shakespeare.

In 1970, Salvador Allende appointed Huidobro as ambassador to Argentina.

While living in Chile, Allende finished her secondary studies and met engineering student Miguel Frías whom she married in 1962. Reportedly, "Allende married early, into an Anglophile family and a kind of double life: at home she was the obedient wife and mother of two; in public she became, after a spell translating Barbara Cartland, a moderately well-known TV personality, a dramatist and a journalist on a feminist magazine."

From 1959 to 1965, Allende worked with the United Nations Food and Agriculture Organization in Santiago, then in Brussels, and elsewhere in Europe. For a short time in Chile, she also had a job translating romance novels from English to Spanish. However, she was fired for making unauthorized changes to the dialogue of the heroines to make them sound more intelligent, as well as altering the Cinderella ending to allow the heroines to find more independence and do good in the world.

Allende and Frías's daughter Paula was born in 1963. In 1966, Allende again returned to Chile, where her son Nicolás was born that year.

In 1973, Salvador Allende was overthrown in a coup led by General Augusto Pinochet. Isabel found herself arranging safe passage for people on the "wanted lists", which she continued to do until her mother and stepfather narrowly escaped assassination. When she herself was added to the list and began receiving death threats, she fled to Venezuela, where she stayed for 13 years. It was during this time that Allende wrote her debut novel The House of the Spirits (1982). Allende has stated that her move from Chile made her a serious writer: "I don’t think I would be a writer if I had stayed in Chile. I would be trapped in the chores, in the family, in the person that people expected me to be." Allende believed that, being female in a patriarchal family, she was not expected to be a "liberated" person. Her history of oppression and liberation is thematically found in much of her fiction, where women contest the ideals of patriarchal leaders. In Venezuela she was a columnist for El Nacional, a major national newspaper. In 1978, she began a temporary separation from Miguel Frías. She lived in Spain for two months, then returned to her marriage.

She divorced her first husband, Miguel Frias, in 1987. During a visit to California on a book tour in 1988, Allende met her second husband, attorney Willie Gordon. They married in July 1988. In 1994, she was awarded the Gabriela Mistral Order of Merit, the first woman to receive this honor. Allende resides in San Rafael, California. Most of her family lives nearby, with her son, his second wife, and her grandchildren just down the hill, in the house she and her second husband, San Francisco lawyer and novelist William C. Gordon, vacated. She separated from Gordon in April 2015.

In 2006, she was one of the eight flag bearers at the Opening Ceremony of the Winter Olympics in Turin, Italy. She presented the talk Tales of Passion at TED 2007. In 2008, Allende received the honorary degree Doctor of Humane Letters from San Francisco State University for her "distinguished contributions as a literary artist and humanitarian." In 2014, Allende received the honorary degree of Doctor of Letters from Harvard University for her contributions to literature.

In 2019, she married Roger Cukras, a lawyer from New York.

Allende started the Isabel Allende Foundation on December 9, 1996, in honor of her daughter, Paula Frías Allende, who fell into a coma after complications of the disease porphyria led to her hospitalization. Paula was 29 years old when she died in 1992. The foundation is "dedicated to supporting programs that promote and preserve the fundamental rights of women and children to be empowered and protected."

Beginning in 1967, Allende was on the editorial staff of Paula magazine and the children's magazine Mampato from 1969 to 1974, where she later became the editor. She published two children's stories, "La Abuela Panchita" and "Lauchas y Lauchones", as well as a collection of articles, Civilice a Su Troglodita. She also worked in Chilean television production for channels 7 and 13 from 1970 to 1974. As a journalist, she once sought an interview with poet Pablo Neruda. Neruda agreed to the interview, and he told her that she had too much imagination to be a journalist and should be a novelist instead. He also advised her to compile her satirical columns in book form. She did so, and this became her first published book. In 1973, Allende's play El Embajador played in Santiago a few months before she was forced to flee the country due to the coup.

In 1981, while in Caracas, Allende received a phone call informing her that her 99-year-old grandfather was near death, and she sat down to write him a letter, hoping to thereby "keep him alive, at least in spirit." The letter evolved into a book, The House of the Spirits (1982); this work intended to exorcise the ghosts of the Pinochet dictatorship. The book was rejected by numerous Latin American publishers, but eventually published in Buenos Aires. The book soon ran to more than two dozen editions in Spanish and was translated into a score of languages. Allende was compared to Gabriel García Márquez as an author in the style known as magical realism.

Although Allende is often cited as a practitioner of magical realism, her works also display elements of post-Boom literature. Allende also holds to a very strict writing routine. She writes on a computer, working Monday through Saturday, 9:00 A.M. to 7:00 P.M. "I always start on January 8", Allende stated; "a tradition she began in 1981 with the letter she wrote to her dying grandfather that would become The House of the Spirits."

Allende's book Paula (1995) is a memoir of her childhood in Santiago and the years she spent in exile. It is written as an anguished letter to her daughter. In 1991, an error in Paula's medication resulted in severe brain damage, leaving her in a persistent vegetative state. But Allende spent months at Paula's bedside before learning that a hospital mishap had caused the brain damage. Allende had Paula moved to a hospital in California where she died on December 6, 1992.

Allende's novels have been translated into more than 30 languages and sold more than 56 million copies. Her 2008 book, The Sum of Our Days, is a memoir. It focuses on her life with her family, which includes her grown son, Nicolás; second husband, William Gordon; and several grandchildren. A novel set in New Orleans, Island Beneath the Sea, was published in 2010. In 2011 came El cuaderno de Maya (Maya's Notebook), in which the setting alternates between Berkeley, California, and Chiloé in Chile, as well as Las Vegas, Nevada.

Latino Leaders Magazine called her a "literary legend" in a 2007 article naming her the third most influential Latino leader in the world.

Her work has drawn some negative criticism. In her novel Yo-Yo Boing, Giannina Braschi declared that "Isabel Allende is killing García Márquez a little more each day the same way Michael Jackson's sisters are killing Michael Jackson." In an article published in Entre paréntesis, Roberto Bolaño called Allende's literature anemic, comparing it to "a person on his deathbed," and later called her "a writing machine, not a writer". Literary critic Harold Bloom said that Allende only "reflects a determinate period, and that afterwards everybody will have forgotten her". Novelist Gonzalo Contreras said that "she commits a grave error, to confuse commercial success with literary quality".

Allende said to El Clarín that she recognizes that she has not always received good reviews in Chile, stating that Chilean intellectuals "detest" her. However, she disagrees with these assessments:

The fact people think that when you sell a lot of books you are not a serious writer is a great insult to the readership. I get a little angry when people try to say such a thing. There was a review of my last book in one American paper by a professor of Latin American studies and he attacked me personally for the sole reason that I sold a lot of books. That is unforgivable.

It has been said that "Allende's impact on Latin American and world literature cannot be overestimated." The Los Angeles Times called Allende "a genius", and she has received many international awards, including the Dorothy and Lillian Gish Prize, granted to writers "who have contributed to the beauty of the world".

The contents of this page are sourced from Wikipedia article on 09 Mar 2020. The contents are available under the CC BY-SA 4.0 license.
View Isabel Allende 's image gallery
Image Gallery

Historian, journalist and writer from the USA 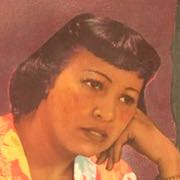 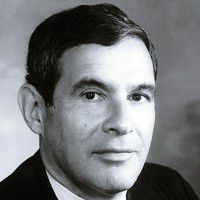 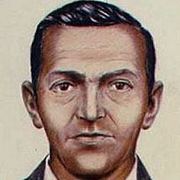 Unidentified man who hijacked a Boeing 728 airplane in November 1971 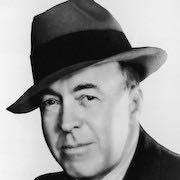 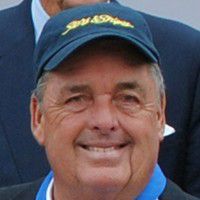 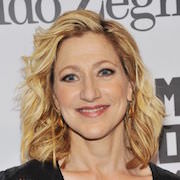 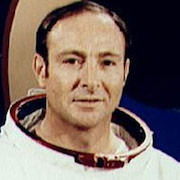