Major Isaac Jasper Adaka Boro (September 10, 1938 – May 9, 1968), fondly called "Boro", was a celebrated Nigerian nationalist and Nigerian civil war hero. He was one of the pioneers of minority rights activism in Nigeria.
In his autobiography, "The Twelve-Day Revolution", Boro wrote about his early life:
"I am reliably informed that I was born at the zero hour of twelve midnight on 10 September 1938, in the oil town of Oloibiri along humid creeks of the Niger Delta. My father was the headmaster of the only mission school there. Before I was old enough to know my surroundings, I was already in a city called Port Harcourt where my father was again the headmaster of another mission school. This was in the early forties. The next environment where I found myself was in my home town, Kaiama. My father had been sent there to head a school yet again."
He was many parts and different things to different people - a university students leader, a teacher, policeman and Nigerian army officer. An undergraduate student of chemistry and student union president at the University of Nigeria, Nsukka, he left school to lead an armed protest against the exploitation of oil and gas resources in the Niger Delta areas which benefitted mainly the federal government of Nigeria and Eastern region with capital in Enugu and nothing was given to his Ijaw people. He believed that the people of the area deserved a fairer share of proceeds of the oil wealth. He formed the Ijaw Volunteer Force, an armed militia with members consisting mainly of his fellow Ijaw ethnic group. They declared the Niger Delta Republic on February 23, 1966 and gallantly battled the Federal forces for twelve days but were finally routed by the far superior Federal firepower. Boro and his compatriots were jailed for treason. However, the federal regime of General Yakubu Gowon granted him amnesty on the eve of the Nigerian civil war in May 1967. He then enlisted and was commissioned as a major in the Nigerian army. He fought on the side of the Federal Government but was killed under mysterious circumstances in active service in 1968 at Ogu (near Okrika) in Rivers State.
Later Niger Delta activists like the late Ken Saro-Wiwa, who substituted Boro's gun for a pen, and Mujahid Dokubo-Asari, who heads an Ijaw armed insurgency, often referred to him as a major inspiration. 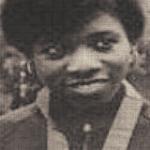