Irving Thalberg Jr. (August 25, 1930 – August 21, 1987) was an author and the son of 1930s Hollywood producer Irving Thalberg and Academy Award-winning actress Norma Shearer.
The Thalberg family lived at 707 Ocean Front Drive in Los Angeles. Thalberg was six years old when his father died from pneumonia at the age of 37. He was educated at Institut Le Rosey in Switzerland and attended Stanford University. He was a professor of philosophy at the University of Illinois at Chicago until he died of cancer in 1987.

Unlike most epistemologists, Thalberg published articles that defended the Platonic tripartite analysis of knowledge (justified true belief, a.k.a. "JTB") against the more popular view that Gettier counterexamples refuted the JTB account. Specifically, Thalberg argued that justification is not transmissible through valid deduction. 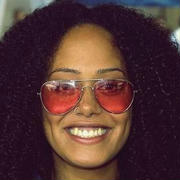