Irina Alexandrovna Viner-Usmanova (Russian: Ирина Александровна Винер-Усманова; born July 30, 1948) is a Russian-Jewish rhythmic gymnastics coach who is head coach of the Russian national team, president of the Russian Rhythmic Gymnastics Federation and former vice president of the International Gymnastics Federation.
In 2015, Viner was awarded the Olympic Order in recognition of her outstanding achievements in the global sports, this makes Viner the first gymnastics coach in history to be a recipient of the award. Thomas Bach, the President of the International Olympic Committee personally handed the necklace and presented the award.
Viner is one of the most successful gymnastics coaches of all time. Her pupils include the past five Olympic all-around champions: Margarita Mamun (2016), Evgeniya Kanaeva (2008 and 2012), Alina Kabaeva (2004) and Yulia Barsukova (2000).
She is married to business magnate Alisher Usmanov, Russia's richest man, who has a net worth of more than $14 billion. Irina Viner was born in Samarkand, Uzbek SSR, Soviet Union. Her father, Alexander, was a People's Artist of the USSR. Her mother, Zoya, was a doctor. As a young girl Viner wanted to take ballet but was discouraged, so she took up gymnastics at the age of 11.

Viner was a three-time champion of the Uzbek SSR and graduated from the Uzbek State Institute of Physical Culture. She worked as coach of the national team in rhythmic gymnastics in Tashkent, and under her tutelage, Venera Zaripova became her first successful gymnast. In 1990, Viner moved to Great Britain to coach the British national team.

In 2015, Viner was awarded the Olympic Order in recognition of her outstanding achievements in the global sports, this makes Viner the first gymnastics coach to be a recipient of the award. Thomas Bach, the President of the International Olympic Committee personally handed the necklace and presented the award.

Viner has said about receiving the award: "I never expected that I would be awarded such an important Order. It was an honor that President of IOC, Thomas Bach arrived here. Sport is the only war that has a peaceful end. I believe that the whole world of gymnastics was awarded, for women and girls. It is important that we train together and help other countries - That is why a lot of representatives of other countries train in Russia. We will do our best in order that this kind of sport remains in the Olympic program. I think we will never be thrown to the sidelines and rhythmic gymnastics will remain in the Olympic Family".

Viner with President Vladimir Putin in May 2015

Viner has trained many Russian Olympic/World/European/World Cup medal winners, including:

Viner is married to Russian tycoon Alisher Usmanov, who was also born in Uzbekistan. She and Usmanov originally met in their youth at a sports hall in Tashkent, where he was involved in fencing; they reconnected many years later in Moscow. She has a son from a previous marriage, Anton, who was born in 1973 and later adopted by Usmanov.

Usmanov is Muslim, but Viner is Jewish and practices Kabbalah. Among her many state awards, she was given the "Living Legend" prize by the Federation of Jewish Communities of Russia in 2007. 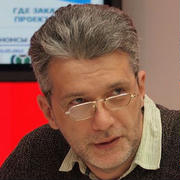