Irina-Camelia Begu (born 26 August 1990) is a Romanian professional tennis player. On 22 August 2016, she reached her career-high singles ranking of world No. 22. Her highest doubles ranking of No. 22 she achieved on 1 October 2018.

Begu was born in Bucharest. Her mother Steluţa is a civil servant, while her father Paul is an electrician. She has an older brother, Andrei.

She started playing tennis when she was three-and-a-half years old as her aunt, former tennis player Aurelia Gheorghe, introduced her to the sport. At 14 years old, Irina took part in a one-month tour promoted by the ITF with seven other girls and eight boys, joining the likes of Grigor Dimitrov and Ricardas Berankis.

Begu, whose favorite surface is clay, started the year at No. 234, never winning a main-draw match at WTA level.

Begu won the first $100,000 ITF event of her career in February in Cali, defeating world No. 82 Laura Pous Tió in the final in straight sets.

In April, she entered the Andalucia Tennis Experience as a qualifier and eventually made the qualifications without losing a set. Then she defeated Alberta Brianti 6–4, 6–1 in the first round and followed that up with a 7–5, 6–0 win over Estrella Cabeza Candela to advance to the quarterfinals. She made to the semifinals after she beat 34th-ranked Klára Zakopalová 6–3, 6–3. In the semifinal, she stunned world No. 14 and former world No. 2 Svetlana Kuznetsova 3–6, 7–6, 6–4 to reach her first WTA final, eventually losing to Victoria Azarenka in straight sets.

Begu neared her first ever WTA title, reaching her second final of the year in Budapest on 10 July. The Romanian played the semifinal more aggressively than the fifth seed Anabel Medina Garrigues who allowed the youngster to break her when it counted most. Irina had previously dominated another Spaniard Estrella Cabeza Candela 6–0, 6–3. Her first round brought her a 6–4, 6–4 win over another Spanish player, Laura Pous Tió whom she defeated 6–4, 6–4, and a second straight similar win over Ajla Tomljanović of Croatia. She eventually lost the last act against top-seeded Roberta Vinci, 4–6, 6–1, 4–6.

In July she posted the lone upset of second-round at the Internazionali Femminili di Palermo tournament in Italy, defeating second-seeded Roberta Vinci 6–4, 6–3, after eliminating another local in the first round, Maria Elena Camerin. Begu lost eventually to the fifth-seed Anabel Medina Garrigues in the quarterfinals, who was also the winner of the competition.

In the same month, Begu won the BCR Open Romania Ladies title, by defeating the Spanish opponent Laura Pous Tió 6–3, 7–5, in the final. Begu achieved her third consecutive win against Laura Pous Tió in 2011, after the two in Cali and Budapest. It was her fifth final of the year and her second trophy. The 50 WTA points allowed her to enter the top 50 best women players in the world, becoming also the highest ranked Romanian player.

Ranked world No. 96, Begu won her opening match at the US Open, defeating the eighth seed, 2009 finalist and two-time semifinalist Caroline Wozniacki in straight sets. She subsequently lost to Sílvia Soler Espinosa of Spain in round two.

In September of that year, she won her first WTA title in Tashkent, beating Donna Vekic in straight sets in the final.

At the 2013 Wimbledon Championships

Begu started the season losing in the qualifying of Sydney and Brisbane. At the Australian Open she passed through the qualifying draw, beating Stephanie Vogt, Jovana Jakšić and Madison Brengle before losing in the main draw to Kazakh Galina Voskoboeva in three sets. In Rio, she played the qualifying rounds and reached the main draw, where she made it to the quarterfinals after beating eighth seed Vania King and Verónica Cepede Royg. She then lost to Teliana Pereira in two sets. However, she won the title in the doubles, teaming up with María Irigoyen.

At Oeiras she reached the semifinals, beating en route Kurumi Nara, Kaia Kanepi and Timea Bacsinszky before losing to eventual champion Carla Suárez Navarro. At Seoul in singles she lost in the first round to Chanelle Scheepers in three sets. In doubles she paired with Lara Arruabarrena defeating Mona Barthel and Mandy Minella in the final 6–3, 6–3, claiming her second WTA doubles title of the year. At Moscow she reached her first Premier final, beating Donna Vekić, 2nd seed Ekaterina Makarova, Tsvetana Pironkova and 4th seed Lucie Šafářová before losing to seed No. 6 and eventual champion Anastasia Pavlyuchenkova. With this result, she returned to the top 40.

Begu achieved her best singles Grand Slam result at the Australian Open, reaching the fourth round for the first time before being defeated by Eugenie Bouchard in three sets. Prior to that she upset ninth seed Angelique Kerber in the first round.

In Rio, Begu made semifinals by beating in her route Olivia Rogowska, Bethanie Mattek-Sands and Julia Glushko in two sets before losing to eventual finalist Anna Schmiedlová in three sets.

As No. 13 at Charleston, she made quarterfinals after Makarova's withdrawal, losing in two tie-breaks to Angelique Kerber.

At Madrid she made the quarterfinals beating en route Kurumi Nara, Andrea Petkovic (who had to withdraw), and Barbora Strýcová before losing to Petra Kvitová. At Rome she made third-round losing in three sets to Victoria Azarenka.

At the French Open, Begu reached the third round for the first time beating Bethanie Mattek-Sands and Ana Konjuh en route before losing to Petra Kvitová.

Prior to Wimbledon, Begu played in Birmingham and Eastbourne, but lost in the first round in both tournaments. She then reached the third round of the Grand Slam by beating Daria Gavrilova and Lesia Tsurenko before losing to fourth seed Maria Sharapova in straight sets.

At Washington as seed 6, Begu made quarterfinals by beating Madison Brengle and Polona Hercog before losing to top seed of the tournament Ekaterina Makarova. Despite only two wins in six matches in the American season, with her US Open opener lost, Begu reached a career high as the world No. 28 ranking.

Begu started her season in Shenzhen, beating Lara Arruabarrena in the first round. In the second round, she had to withdraw in the second set in her match against Anna Lena Friedsam due to knee injury. Begu also withdrew from Sydney. She then lost in the first round of the Australian Open to Johanna Larsson.

In February she could not play at all. She had to withdraw from the Fed Cup, St. Petersburg and Doha because of her knee injury.

In March, Irina played the 2016 BNP Paribas Open, where she lost in the first round to Laura Siegemund, falling in three sets. She then played at the Miami Open, where she beat qualifier Maria Sakkari, Sabine Lisicki and Kristýna Plíšková, before losing to Madison Keys.

Begu started her clay-court season in Charleston where she was seeded No. 13. She beat Caroline Garcia, Bethanie Mattek-Sands and Monica Puig (saving a match point) before losing to Angelique Kerber. After Charleston, Begu played for Romania in the Fed Cup, but lost both singles and doubles in their tie against Germany. At Rabat, Begu was surprisingly defeated by lucky loser Richel Hogenkamp in straight sets.

Begu's next tournament was Madrid where she arrived for the 2nd consecutive time in the quarterfinals of the tournament, beating Eugenie Bouchard, No. 3 seed Garbine Muguruza and Christina McHale en route. In the quarterfinals, she played against fellow Romanian Simona Halep, losing in three sets. She then played at the Italian Open and defeated Margarita Gasparyan before getting a surprising win over world No. 5 Victoria Azarenka. She then beat Daria Kasatkina and Misaki Doi en route to her first Premier-5 semifinal where she lost to eventual champion Serena Williams. Her next tournament was Roland Garros, where she beat Bethanie Mattek-Sands, CoCo Vandeweghe and Annika Beck before losing to Shelby Rogers in the fourth round.

In June, Begu began her grass-court season in Birmingham, eliminating fourth seed Belinda Bencic, before being upset in the second round by the in-form qualifier Tsvetana Pironkova in straight sets. She then lost to a resurgent Eugenie Bouchard in her first match at the Eastbourne International. Her grass-court campaign ended with a first-round loss at Wimbledon to Carina Witthöft. Prior to the Olympic Games in Rio, Begu played at the Brasil Tennis Cup, where she beat Laura Pigossi, Paula Cristina Gonçalves, Nao Hibino, Monica Puig and Tímea Babos en route to her third WTA title.

At the Australian Open, Irina defeated Yaroslava Shvedova 5–7, 6–3, 6–4, but lost in the second round to Kristýna Plíšková, score 4–6, 6–7(8). On July 23, she won the Bucharest Open without losing a set in the entire tournament.

Begu's win–loss record against players who have been ranked world No. 10 or higher is as follows: 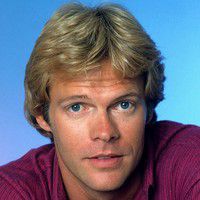