Ion Țiriac (Romanian pronunciation: [iˈon t͡siriˈak]; born 9 May 1939), also known as the 'Brasov Bulldozer' is a Romanian businessman and former professional tennis and ice hockey player. Tiriac is the developer and owner of the Mutua Madrid Open tennis tournament. In 2013 he was elected into the International Tennis Hall of Fame.

He was born in Transylvania, which is probably the reason why he has the nickname 'Count Dracula'. Țiriac first appeared on the international sports scene as an ice hockey player on the Romanian national team at the 1964 Winter Olympics. Shortly after that he switched to tennis as his main sport. With fellow Romanian Ilie Năstase he won the men's doubles in the 1970 French Open and reached the Davis Cup finals several times in the 1970s.

After his retirement, he served as coach and manager for players such as Ilie Năstase, Guillermo Vilas, Mary Joe Fernández, Goran Ivanišević and Marat Safin.

He managed Boris Becker from 1984 to 1993. In 1998 he became president of the Romanian National Olympic Committee.

Țiriac ran major men's events in Germany, including the season-ending championships in Hanover. Although tennis is now a much smaller part of his portfolio and occupies only 5 percent of his time, he has taken particular pleasure and pride in making Madrid Tennis Open a combined men's and women's event with €7.2 million in total prize money. The trophy awarded to the tournament winner bears his name.

Țiriac also holds the license for the BRD Năstase Țiriac Trophy tennis tournament since 1996. It is currently a €450,000 event, part of the ATP World Tour 250 series, held annually in Bucharest, Romania, just 2 weeks before the Madrid Open.

In 2012 he was nominated for the ITF Hall of Fame in the contributor category.

On 13 July 2013 he joined the ITF Hall of Fame as a successful promoter and tournament director for numerous events including the two of the largest Masters 1000 events, the Italian Open and the Madrid Masters.

One of two Rolls-Royce Phantom IV owned by Țiriac, part of his car collection.

After his retirement as a professional tennis player, Țiriac became a businessman in Germany. In 1987, he appeared in a TV commercial for Miller Lite beer with Bob Uecker, who extols Țiriac's supposed humorous qualities, laughing hysterically while Țiriac sits stone-faced.

Following the collapse of communism in Romania, he started numerous businesses and investments back home. In 1990, he founded Banca Țiriac, the first private bank in post-Communist Romania. Between that and several other enterprises (retail, insurance, auto leasing, auto dealerships, airlines, etc.), his fortune was estimated at over US$900 million in 2005.

Ion Țiriac became the first Romanian to enter Forbes' List of billionaires in the 2007 Forbes rankings, placing number 840 in the world. His wealth was estimated at $1.0 billion as of 2010, according to the magazine. In 2010 TOP 300 Capital declared Ion Țiriac the richest man in Romania with a wealth estimated at €1.5–€1.6 billion ($2–$2.2 billion).

Țiriac was married between 1963 and 1965 with Erika Braedt, a handball player. He has children with Mikette von Issenberg (a fashion model, who is Ion Țiriac Jr.'s mother) and with Sophie Ayad (an Egyptian journalist with whom he has two children, Karim Mihai and Ioana Natalia). 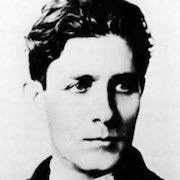