Inger Stevens was born in Stockholm, Sweden. As a child, she was often ill. When she was nine, her mother abandoned the family and her father moved to the United States, leaving Inger and her sister in the custody first of the family maid and then with an aunt in Lidingo, near Stockholm. In 1944, the girls moved with their father and his new wife to New York City, where he had found work teaching at Columbia University. At age 13, she and her father moved to Manhattan, Kansas, where she attended Manhattan High School.

At 16, she worked in burlesque shows in Kansas City, Missouri. At 18, she left Kansas to return to New York City, where she worked as a chorus girl and in the Garment District while taking classes at the Actors Studio.

Stevens appeared on television series, in commercials, and in plays until she received her big break in the film Man on Fire, starring Bing Crosby.

Roles in major films followed, but she achieved her greatest success in the ABC television series The Farmer's Daughter, with William Windom. Previously, Stevens had appeared in episodes of Bonanza, Route 66, The Alfred Hitchcock Hour, The Eleventh Hour, Sam Benedict and The Twilight Zone.

Following the cancellation of The Farmer's Daughter in 1966, Stevens appeared in several films: A Guide for the Married Man (1967), with Walter Matthau; Hang 'Em High, with Clint Eastwood; 5 Card Stud, with Dean Martin and Robert Mitchum; and Madigan with Henry Fonda and Richard Widmark. Stevens was attempting to revive her television career with the detective drama series The Most Deadly Game when she died.

Her first husband was her agent, Anthony Soglio, to whom she was married from 1955 to 1957. After her death, black actor Ike Jones claimed that he had been secretly married to Stevens since 1961. Some doubted this due to the lack of a marriage license, the maintaining of separate homes and the filing of tax documents as single people. However, at the time Stevens' estate was being settled, the actress's brother, Carl O. Stensland, confirmed in court that his sister had hidden her marriage to Jones "out of fear for her career." Superior Court Commissioner A. Edward Nichols ruled in Ike Jones's favor and made him administrator of her estate.

A photo exists of the two attending a banquet together in 1968. Her website also states that the marriage to Jones took place in Tijuana, Mexico.

On the morning of April 30, 1970, Stevens' sometime roommate and companion, Lola McNally, found her on the kitchen floor of her Hollywood Hills home. According to McNally, when she called Stevens' name, she opened her eyes, lifted her head, and tried to speak, but was unable to make any sound. McNally told police that she had spoken to Stevens the previous night and had seen no sign of trouble. Stevens died in the ambulance on the way to the hospital. On arrival, medics removed a small bandage from her chin that revealed a small amount of what appeared to be fresh blood oozing from a cut which appeared to have been a few hours old. Los Angeles County Coroner Dr. Thomas Noguchi attributed Stevens's death to "acute barbiturate poisoning." 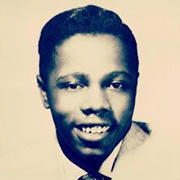 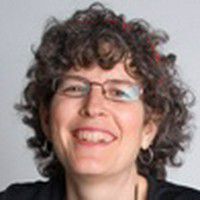 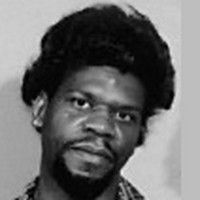