Inga Arvad (October 6, 1913 – December 12, 1973) was a Danish journalist, later a U.S. citizen, noted for being Adolf Hitler's companion at the 1936 Summer Olympics and for her romantic relationship with John F. Kennedy during 1941 and 1942. The juxtaposition of these facts led to suspicions during World War II that she was a Nazi spy. But secret U.S. investigations uncovered no such evidence, and her past did not harm her professional life or social standing in the United States. She was a motion picture writer for Metro-Goldwyn-Mayer in 1945 and a Hollywood gossip columnist, and from the late 1940s until her death she was the wife of wealthy cowboy actor and military officer Tim McCoy.

She was born Inga Marie Arvad Petersen but changed her name in 1931. Arvad was the 1931 beauty queen selected by the Danish newspaper Berlingske Tidende. She attended the Columbia School of Journalism in New York, and then moved to Washington D.C., where she worked as a columnist at the Washington Times-Herald. She met John F. Kennedy in Washington through his sister Kathleen, who was a reporter at the same newspaper. Inga was said to have a good "intuitive style of writing" by her editor.

In 1935, as a freelance reporter, she interviewed Hitler, and this connection to the dictator would color the rest of her life. She is thought to be among the few Scandinavians who interviewed Hitler. He granted her two or, perhaps, three interviews. Arvad had scooped her colleagues earlier by reporting that Hermann Göring was soon to marry German actress Emmy Sonnemann.

She was invited to the wedding and met important Nazis. Through Joseph Goebbels she secured an interview with Hitler. In her article, a description of Hitler was later translated into English as: "You immediately like him. He seems lonely. The eyes, showing a kind heart, stare right at you. They sparkle with force." Arvad was Hitler's guest at the 1936 Summer Olympics, which led to her being investigated by the FBI in America as a potential spy. Hitler had told her that she was a perfect example of Nordic beauty. A photograph of her with Hitler surfaced and the FBI followed her, finding out that she was dating an American ensign, John F. Kennedy, son of the former U.S. ambassador to Britain. Kennedy's prominence led only to greater scrutiny of Arvad and suspicions about her that were never substantiated. Though she wrote only society news and never embraced Hitler's politics, the connection to him shadowed her professional life.

In November 1941, while John F. Kennedy served as an ensign in the US Navy's Office of Naval Intelligence, he and Arvad began a romantic relationship. Arvad was already being followed by the FBI due to the fact she was a resident alien and FBI Director J. Edgar Hoover had concerns that she was a German spy, as well as for previously being photographed meeting Hitler. When the FBI discovered that the "ensign Jack" who had been visiting Arvad was, in fact, a Kennedy, they extended their investigation through wiretaps. There was no evidence found to show Arvad, who was married, guilty of "any wrongdoing". But that didn't deter Hoover's FBI from the continued use of listening devices when Arvad and Kennedy were together.

Kennedy's superior officer at the time, Captain Seymour A.D. Hunter, was quoted as saying that the U.S. Navy looked at Arvad as similar to Mata Hari. They thought she was using Kennedy to find out all she could about what was going on in the U.S. Department of the Navy. Captain Howard Klingman, then assistant director of the Office of Naval Intelligence, called Hunter into his office. Hunter was told that Kennedy needed to be put out of the Navy. Hunter pointed out that the situation was delicate because of Joseph P. Kennedy's having been United States Ambassador to England. However, he believed the young naval intelligence officer was not privy to information that would be "more than a bit embarrassing". Hunter advised that Kennedy be transferred to a seagoing unit.

Kennedy was reassigned to a desk job in South Carolina in January 1942, and the relationship with Arvad ended after a few brief encounters. Kennedy later stated he thought Hoover might have had something to do with his transfer. Kennedy and Arvad knew they were being followed, and in the FBI transcripts of their encounters they sometimes spoke to "whoever is listening". In the end, Inga reflected on her time with Kennedy as a "passing affair".

Arvad's first husband was Kamal Abdel Nabi, whom she married in 1931, when she was 17. Her second husband was Hungarian film director Paul Fejos. She appeared in two Danish films, Storm Varsel and a Fejos-directed 1934 film she starred in, Flight from the Millions. She was still married to Fejos when she traveled to the United States, as well as during her affair with Kennedy. She obtained a divorce from Fejos in June 1942.

She became engaged to Robert Boothby, a British member of Parliament in May 1945. He met Arvad in Los Angeles, California while he was with a British delegation to a conference in San Francisco, California. Boothby sent her a twenty-page letter pleading with her to marry him after he returned to England. Arvad accepted, but then broke off the engagement because of a compliment Hitler once paid her as being "the perfect Nordic beauty" and the effect it might have on Boothby's political career. Arvad commented that she despised Hitler's policies and only saw him on the two occasions of her interviews. However, the English press made much of her audience with him and Boothby was soon to be seeking re-election. Arvad was suspected of being the mistress of Axel Wenner-Gren, a Swedish industrialist on the U.S. State Department blacklist. No proof of such a relationship has ever surfaced.

She and McCoy had two sons, Ronald and Terence. Tim McCoy met Inga Arvad when he was making a film short shot on an American Indian reservation. McCoy and Arvad resided on a 127-acre (0.51 km2) estate in Bucks County, Pennsylvania named Dolington Manor. McCoy moved there after selling his Wyoming ranch, the Eagle's Nest, where he had lived for thirty-seven years. When their first child was born in August 1947, McCoy was 56. He had three children by a previous marriage.

In January 1946 David O. Selznick sent Arvad on a tour of twenty-five to thirty American cities to promote Duel in the Sun. She was accompanied by Anita Colby, Florence Pritchett, and Laura Wells.

Inga Arvad died of cancer on a ranch near Nogales, Arizona in 1973. She was survived by her husband (McCoy) and their two sons. 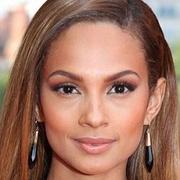 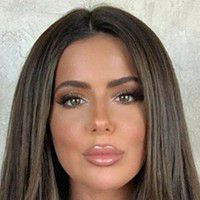 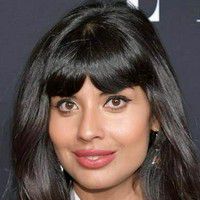