Inez Moore Tenenbaum (born March 8, 1951) is an American attorney from the state of South Carolina. She served as Chairman of the United States Consumer Product Safety Commission. In October 2016, Tenenbaum announced she would join the law firm of Wyche, P.A. At Wyche, she focuses her practice on consumer product safety and risk management, working particularly with manufacturers and retailers of consumer products to ensure compliance with applicable consumer product safety requirements and to protect the client’s brand.

Originally a public school teacher, Tenenbaum entered state government as an employee of the South Carolina Department of Social Services. She later served as the director of research for the Medical, Military, Public and Municipal Affairs Committee of the South Carolina House of Representatives. Tenenbaum practiced with a private law firm, Sinkler & Boyd, P.A. from 1986 to 1992, in the areas of health, environment, and public interest law.

Under Tenenbaum’s leadership, the South Carolina General Assembly approved a $750 million school bond legislation for K-12 school construction and renovation, with local districts leveraging the bond amount to raise the total to $1.75 billion. More than 140 new schools were built during Tenenbaum’s tenure using a combination of state and local voter-approved bonds.

In 2005, following parental complaints, Tenenbaum decided to remove Chris Crutcher's book, Whale Talk, from the South Carolina Education Department's English reading list for middle grades. Tenenbaum was featured in an interview by John Stossel for a 20/20 Special Edition about public schools in the United States and around the world. Tenenbaum defended South Carolina's progress, noting that the state was rapidly narrowing the gap between its students' test scores and the national average and was poised for vast improvements in the next few years.

At the end of Tenenbaum’s term in 2007, South Carolina was a key leader in the nation in education improvement. Five independent national studies—by the Fordham Foundation, Princeton Review, the Large-Scale Assessment Study, the Northwest Evaluation Association, Quality Counts, and Education Next,—indicated that South Carolina’s standards for student academic proficiency under the federal statute No Child Left Behind were among the most rigorous in the nation.

During her tenure, South Carolina’s performance on the National Assessment of Education Progress (NAEP) showed top rankings for improvement:

Standard & Poor’s identified South Carolina as an “outperformer” on NAEP for consistently achieving above the statistical expectations. South Carolina’s SAT scores increased 34 points over eight years (1999-2007), the largest ten-year gain in the nation. The 2007 national report card “Quality Counts,” published by the respected magazine Education Week, ranked South Carolina number one in the nation in academic standards, assessment, and accountability. The state ranked 11th in efforts to connect K-12 education with early learning, higher education, and the world of work. “Quality Counts” ranked South Carolina number one in the nation for improving teacher quality in 2003 and 2004, and number two in the nation for teacher quality improvements in 2005 and 2006.

Tenenbaum was succeeded as Superintendent of Education by Democrat Jim Rex on January 10, 2007.

Tenenbaum was mentioned as a possible candidate for United States Secretary of Education in President Obama's incoming administration in November, 2008 prior to the nomination of Arne Duncan.

On May 5, 2009, President Barack Obama announced that he would nominate Tenenbaum to head the United States Consumer Product Safety Commission. She was confirmed in that position by the U.S. Senate unanimously on June 19, 2009. On February 28, 2013 Tenenbaum announced that she will not seek renomination when her term expires in October 2013.

From 2009-2012, the CPSC worked to address their agenda for consumer product safety priorities under Chairman Tenenbaum.

In 2009, the CPSC established its first overseas office in the U.S. Embassy in Beijing. In the same year, the CPSC created an Internet Surveillance Unit to aid in marketplace surveillance of retail and Internet auction sites to identify sellers offering banned, recalled, or dangerous products.

In October 2010, Inez Tenenbaum announced a five-year Strategic Plan (2011-2016), which established a new mission and vision for the Consumer Product Safety Commission. Also in 2010, under Tenenbaum's leadership, the CPSC made the Office of Education, Global Outreach, and Small Business Ombudsman to facilitate outreach to domestic and international stakeholders, including manufacturers, retailers, resellers, small businesses, and foreign governments.

The CPSC obtained more than 1,800 recalls between 2009 and 2012. In 2012, the CPSC conducted 439 recalls involving more than 91 million units from around the world. In the same year, the CPSC screened over 17,000 models of imported consumer products at U.S. ports. In 2012, the CPSC began its International Extended Training Exchange Program.

In 2012, in collaboration with consumer product regulators in Australia, Japan, Korea, and New Zealand, CPSC, along with KidSafe, organized a multijurisdictional symposium on technical solutions that would eliminate or mitigate the hazards posed by ingested button batteries.

In October 2012, the CPSC held an ATV Safety Summit, which provided a space for information sharing regarding public awareness, information and education, training, and technology.

As of September 30, 2012, the CPSC completed 96 Consumer Product Safety Improvement Act (CPSIA)-related rulemaking activities since the passage of the CPSIA in 2008, including 40 final rules and 20 accreditation requirements.

The CPSC launched a campaign in 2013 to reduce drowning risks for children. The CPSC began an investigation into the safety concerns of liquid laundry packets that have been swallowed by children in April 2013. In November 2013, the CPSC worked with U.S. Customs and Border Protection to seize more than 200,000 toy dolls that were made in China and contained banned chemical compounds.

During her tenure at the CPSC, Tenenbaum made regulations for children’s products, created a public database to catalog product safety complaints, and put in place mandatory standards for children’s beds, cribs, and swings. In 2013, Tenenbaum stepped down from her role with the CPSC to take a job with the law firm Nelson Mullins Riley & Scarborough LLP.

In December 2012, the CPSC filed an administrative complaint with Star Networks USA, LLC. The complaint was that the Magnicube Magnet Balls and Magnet Cubes were defective in their design, packaging, warnings, and instructions. Young children and teenagers suffered medical issues after swallowing multiple magnets. The Commission voted 2-1 to approve the complaint. In response, Star Networks, along with 11 other firms, agreed to stop selling these products.

In 2001, The Center for Creative Leadership, a nonprofit education institution in Greensboro, North Carolina, named Inez Tenenbaum the recipient of its third annual Distinguished Alumni Award for “making leadership a fundamental requirement for school reform as part of South Carolina’s strategic plan for education.”

In 2009, Washingtonian Magazine listed Inez Tenenbaum as one of the 100 Most Powerful Women in Washington, DC. 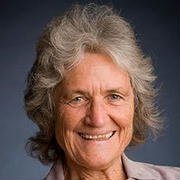