Adila Sedraïa, best known by her stage name Indila, is a French singer and songwriter. She collaborated with many musicians on vocals and songwriting prior to releasing her first single, Dernière danse ("Last Dance"), in December 2013, which reached SNEP Top 2 in France. She released her first album Mini World in February 2014.

Indila was born in Paris. Her grandmother sang at weddings. Indila describes herself as a "child of the world". She is of Algerian, Egyptian, Indian and Cambodian descent and says that her stage name Indila comes from her insatiable love for India. Prior to her singing career, she worked as a tour guide at the Marché international de Rungis. She claims Enrico Macias as her first musical influence, with others influences being Michael Jackson, Ismaël Lo, Buika, Warda Al-Jazairia, Brel, Lata Mangeshkar. In addition to her native French, Indila has provided vocals in English, including Dreamin' with Youssoupha and Bye Bye Sonyé with DJ Abdel, and sung Hindi-language refrains in Criminel by TLF and Thug mariage by Rohff.

Her meeting with record producer Skalpovich allowed her to enter into the world of rap and eventually collaborations with several French rappers. Indila began her music career around 2009, providing vocals for (among others) Invitaation by Vitaa, Trinité by L'Algérino, Thug mariage by Rohff, Hiro by Soprano, and composing J'ai besoin d'y croire sung by Admiral T. Hiro was her first successful collaboration, reaching number 26 in the charts in France and 27 in Belgium. She continued to collaborate with several other French rappers and DJs over the next three years, including Poussière d'empire with Nessbeal, Criminel with TLF, Press pause with OGB, Bye Bye Sonyé with DJ Abdel, Dreamin' with Youssoupha—which peaked in July 2012 at number 14 in France's SNEP charts—and Ma Reine with Axel Tony. She also composed the songs Plus Haut by Matt Pokora along with Avec Toi by Axel Tony featuring Tunisiano, in which she is credited by her real name "Adila Sedraïa". Avec toi, which was produced by Skalp, reached number 7 in the charts in France in November 2012.

In November 2013, Indila released her first single—Dernière danse ("Last Dance"), from the album Mini World—which quickly found success. It reached the top 10 of the French charts on 4 January 2014 and reached number 2 on 18 January, where it remained through the week of 22 March. The song remained in the top 200 in France through April 2015, for a total of 77 weeks in the top 200. It was also a success outside France; by the end of February 2014, Dernière danse was the number one song on iTunes in Greece and Romania, and the number two song on iTunes in Turkey. The music video for Dernière danse, released 4 December 2013, reached 100 million YouTube views on 30 July 2014 and has over 600 million views as of 2 February 2020.

In February 2014, Indila released her first album, Mini World, which was produced by Skalp. In addition to Dernière danse, two other singles from the album reached the top-20 in the charts in France: Tourner dans le vide ("Spinning in the Emptiness"), which reached number 13, and S.O.S, which reached number 8. The album was the number 1 best-selling album in France the week of its debut and remained in the top-10 best-selling albums through the week of 11 October. A limited-edition CD/DVD version of Mini World was released in November 2014, with two new songs, orchestral versions of Tourner dans le vide and Love story, an acoustic version of S.O.S, and videos of live performances of several tracks from the album. A second limited-edition release of Mini World in February 2015 contained the ten tracks from the original release, the two new songs from the first limited edition, and another new song. Mini World found success both in France, where it was the third-best-selling album of 2014, and outside the country, where it was the best-seller of 2014 in Poland and second-best-seller of 2014 in Belgium.

In October 2014, Indila won the MTV Europe Music Award for Best French Artist of 2014. She won Best New Album of the Year award (for Mini World) at the 30 Victoires de la Musique in February 2015. Indila was among the ten artists to receive the European Border Breakers Award in 2015.

Besides songs appearing in Mini World and Parle à ta tête, Indila is credited as a songwriter in the following songs:

The contents of this page are sourced from Wikipedia article on 26 May 2020. The contents are available under the CC BY-SA 4.0 license.
View Indila 's image gallery
Image Gallery 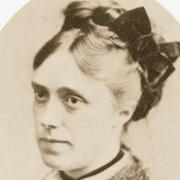