Ina Rama is external lecturer at the Aleksandër Moisiu University.

She has also been an expert in various training programs and training organized within programs OPDAT, UNICRI and PAMECA.

After 2011 Albanian opposition demonstrations, the Prime Minister Sali Berisha accused Ina Rama and the President Bamir Topi they had cooperated with the opposition leader Edi Rama to make a state putsch. The fact is that four demonstrators were killed by the Republican Guard during the rally in front of Prime Minister Sali Berisha's office, so investigation was simply the General Prosecutor's duty.

The contents of this page are sourced from Wikipedia article on 09 Mar 2020. The contents are available under the CC BY-SA 4.0 license.
View Ina Rama 's image gallery
Image Gallery
comments so far.
Comments
From our partners
Sponsored
Reference sources
References
http://www.pp.gov.al/
http://sot.com.al/index.php?option=com_content&view=article&id=30533:dosja-e-21-janarit-tek-ina-rama-urdheruesit-sali-berisha-dhe-lulzim-basha-shpetojne-nga-drejtesia&catid=219:politike-gazeta&Itemid=466 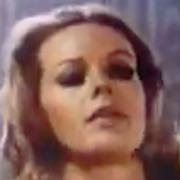 American surgeon and author of several books on Eastern spirituality