In Ho Lee
The basics

In Ho Lee (born 1955) is the third and current Grand Master of Songahm Taekwondo, the American Taekwondo Association.

In Ho Lee was born in Seoul City, Korea, two years after the end of the Korean War. He began to study and practice Taekwondo as a boy.

In 1976, following a year of military service, joined his brother, Songahm Taekwondo Haeng Ung Lee in the United States. In Ho Lee became known for his jump round kick and lightning speed. 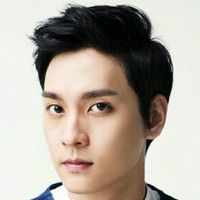