Imogen Anne Lloyd Webber (born 31 March 1977) is a British political commentator and author. She is the daughter of composer Andrew Lloyd Webber and his first wife, Sarah Hugill. Her mother remarried in 1985 in Kensington and Chelsea, London.

Lloyd Webber was educated at Queen's College, London and Girton College, Cambridge, where she studied Modern Political History, specialising in the role of worldwide intelligence agencies and their impact on our times. She formed ILW Productions, a theatre production company, to discover new commercial theatre work by up-and-coming playwrights. Its debut show, Touched… For The Very First Time, written by Zoe Lewis, directed by Douglas Rintoul and starring Sadie Frost ran at the Trafalgar Studios in London's West End in 2009.

Her non-fiction book, The Single Girl's Guide, was published by Summersdale in the United Kingdom in April 2007, and as The Single Girl's Survival Guide by Skyhorse Publishing in the US in October 2007 and again in February 2011. She later adapted it into a screenplay for film producer Lloyd Levin.

The Twitter Diaries: 2 Cities, 1 Friendship, 140 Characters, a fiction e-book that Lloyd Webber co-wrote with Georgie Thompson, debuted on 21 May 2012. It is written as a conversation on Twitter, using the 140-character limitation. The book was inspired by Thompson and Lloyd Webber meeting at a party hosted by Piers Morgan and developing a friendship over Twitter. It was later released in paperback form in the UK and North America.

In June 2016 St. Martin's Press published Lloyd Webber's "The Intelligent Conversationalist: 31 Cheat Sheets That Will Show You How to Talk to Anyone About Anything, Anytime".

Lloyd Webber now lives in New York City where she was a contributor for MSNBC and regularly seen on the Fox News Channel and Fox Business Network as a political commentator with a global perspective – and "Liberal" slant on topics as wide-ranging from Afghanistan to entertainment. She is a frequent guest on the Fox News late-night panel show Red Eye and a panelist, along with Imus' longtime producer Bernard McGuirk, on the Imus in the Morning radio show, which airs on 77WABC in New York City, and is syndicated around the nation. UK TV appearances included ITV2's Deadline, GMTV and Sky News. Lloyd Webber is now Broadway.com's Senior Editor and PEOPLE Now's Royals Correspondent. She hosted two Tony Awards specials for CBS in 2016. 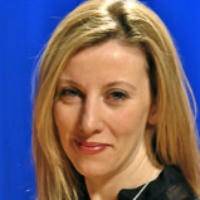 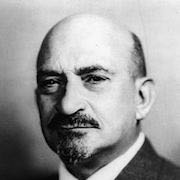 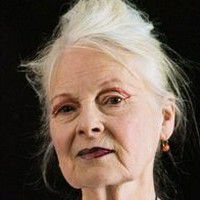