Zengi's father, Aq Sunqur al-Hajib, governor of Aleppo under Malik Shah I, was beheaded for treason in 1094, and Zengi was brought up by Kerbogha, the governor of Mosul.

Following the death in 1128 of Toghtekin, atabeg of Damascus, a power vacuum threatened to open Syria to renewed Crusader aggression. Zengi became atabeg of Mosul in 1127 and of Aleppo in 1128, uniting the two cities under his personal rule, and was formally invested as their ruler by the Sultan Mahmud II of Great Seljuk. Zengi had supported the young sultan against his rival, the caliph Al-Mustarshid.

In 1130 Zengi allied with Taj al-Mulk Buri of Damascus against the crusaders, but this was only a ruse to extend his power; he had Buri's son taken prisoner and seized Hama from him. Zengi also besieged Homs, the governor of which was accompanying him at the time, but could not capture it, so he returned to Mosul, where Buri's son and the other prisoners from Damascus were ransomed for 50,000 dinars. In 1131 Zengi agreed to return the 50,000 dinars if Buri would deliver to him Dubays ibn Sadaqa, emir of al-Hilla in Iraq, who had fled to Damascus to escape al-Mustarshid. When an ambassador from the caliph arrived to bring Dubais back, Zengi attacked him and killed some of his retinue; the ambassador returned to Baghdad without Dubais.

In 1134 Zengi became involved in Artuqid affairs, allying with the emir Timurtash (son of Ilghazi) against Timurtash's cousin Da'ud. Zengi's real desires, however, lay to the south, in Damascus. In 1135 Zengi received an appeal for help from Ismail, who had succeeded his father Buri as emir of Damascus, and who was in fear for his life from his own citizenry, who considered him a cruel tyrant. Ismail was willing to surrender the city to Zengi in order to restore peace. None of Ismail's family or advisors wanted this, however, and Ismail was murdered by his own mother, Zumurrud, to prevent him from turning over the city to Zengi's control. Ismail was succeeded by his brother Shihab ad-Din Mahmud.

Zengi was not discouraged by this turn of events and arrived at Damascus anyway, still intending to seize it. The siege lasted for some time with no success on Zengi's part, so a truce was made and Shahib ad-Din's brother Bahram-Shah was given as a hostage. At the same time, news of the siege had reached the caliph and Baghdad, and a messenger was sent with orders for Zengi to leave Damascus and take control of the governance of Iraq. The messenger was ignored, but Zengi gave up the siege, as per the terms of the truce with Shahib ad-Din. On the way back to Aleppo, Zengi besieged Homs, whose governor had angered him, and Shahib ad-Din responded to the city's call for help by sending Mu'in ad-Din Unur to govern it. In 1136, Zengi attacked Damascus's fortress at Baalbek, obtaining its surrender in response to a promise of safe passage; he did not honor it. He granted the territory to his lieutenant Ayyub, father of Saladin.

Conflict with the Crusaders and Byzantines

In 1137 Zengi besieged Homs again, but Mu'in ad-Din successfully defended it; in response, Damascus allied with the Crusader Kingdom of Jerusalem against him. Zengi laid siege to the Crusader fortress of Baarin and quickly crushed the army of Jerusalem. King Fulk of Jerusalem agreed to surrender and was allowed to flee with his surviving troops. Zengi, realizing that this new expedition against Damascus was bound to fail, made peace with Shahib ad-Din, just in time to be confronted at Aleppo by an army sent by the Byzantine Emperor John II Comnenus. The Emperor had recently brought the Crusader Principality of Antioch under Byzantine control, and had allied himself with Joscelin II of Edessa and Raymond of Antioch. Facing a combined Byzantine/crusader threat, Zengi mobilized his forces and recruited assistance from other Muslim leaders. In April 1138 the armies of the Byzantine emperor and the crusader princes laid siege to Shaizar, but they were turned back by Zengi's forces a month later.

In May 1138 Zengi came to an agreement with Damascus. He married Zumurrud, the same woman who had murdered her son Ismail, and received Homs as her dowry. In July 1139 Zumurrud's surviving son, Shihab ad-Din, was assassinated, and Zengi marched on Damascus to take possession of the city. The Damascenes, united under Mu'in ad-Din Unur, acting as regent for Shihab ad-Din's successor Jamal ad-Din, once again allied with Jerusalem to repel Zengi. Zengi also besieged Jamal ad-Din's former possession of Baalbek, and Mu'in ad-Din was in charge of its defenses as well. After Zengi abandoned his siege of Damascus, Jamal ad-Din died of a disease and was succeeded by his son Mujir ad-Din, with Mu'in ad-Din remaining as regent.

Mu'in ad-Din signed a new peace treaty with Jerusalem for their mutual protection against Zengi. While Mu'in ad-Din and the crusaders joined together to besiege Banias, Zengi once more laid siege to Damascus, but quickly abandoned it again. There were no major engagements between the crusaders, Damascus, and Zengi for the next few years, but Zengi in the meantime campaigned in the north and captured Ashib and the Armenian fortress of Hizan.

In 1144 Zengi besieged the crusader County of Edessa, the weakest and least Latinized crusader state, and captured it on December 24, 1144, after a siege of four months. This event led to the Second Crusade, and later Muslim chroniclers noted it as the start of the jihad against the Crusader states.

The Muslim chronicler Ibn al-Qalanisi gives the full name and title of Zengi as:

The emir, the general, the great, the just, the aid of God, the triumphant, the unique, the pillar of religion, the cornerstone of Islam, ornament of Islam, protector of God's creatures, associate of the dynasty, auxiliary of doctrine, grandeur of the nation, honour of kings, supporter of sultans, victor over the infidels, rebels, and atheists, commander of the Muslim armies, the victorious king, the king of princes, the sun of the deserving, emir of the two Iraqs and Syria, conqueror of Iran, Bahlawan, Jihan Alp Inassaj Kotlogh Toghrulbeg atabeg Abu Sa'id Zangi Ibn Aq Sunqur, protector of the prince of the faithful.

According to Crusader legend, Zengi's mother was Ida of Austria (mother of Leopold III of Austria), who had supposedly been captured during the Crusade of 1101 and placed in a harem. She was 46 in 1101, Zengi was born in 1085, and his father died in 1094 so this is not feasible.

Zengi was courageous, strong in leadership and a very skilled warrior according to all of the Muslim chroniclers of his day.

Unlike Saladin at Jerusalem in 1187, Zengi did not keep his word to protect his captives at Baalbek in 1139. According to Ibn al-‘Adim, Zengi "had sworn to the people of the citadel with strong oaths and on the Qur’an and divorcing (his wives). When they came down from the citadel he betrayed them, flayed its governor and hanged the rest.”

The atebeg was violent, powerful, awe-inspiring and liable to attack suddenly… When he rode, the troops use to walk behind him as if they were between two threads, out of fear they would trample over crops, and nobody out of fear dared to trample on a single stem (of them) nor march his horse on them… If anyone transgressed, he was crucified. He (Zengi) used to say: "It does not happen that there is more than one tyrant (meaning himself) at one time." 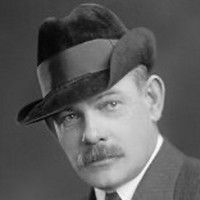 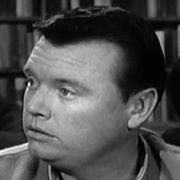 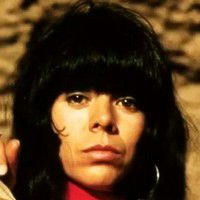